Lester R Brown is the president of the Earth Policy Institute and author of World on the Edge: How to Prevent Environmental and Economic Collapse .

Peak oil has generated headlines in recent years, but the real threat to our future is peak water. There are substitutes for oil, but not for water. We can produce food without oil, but not without water.
END_OF_DOCUMENT_TOKEN_TO_BE_REPLACED 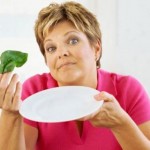 The world is in transition from an era of food abundance to one of scarcity. Over the last decade, world grain reserves have fallen by one third. World food prices have more than doubled, triggering a worldwide land rush and ushering in a new geopolitics of food. Food is the new oil. Land is the new gold.

END_OF_DOCUMENT_TOKEN_TO_BE_REPLACED 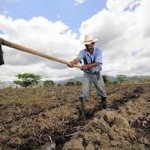 Climate change threatens our ability to feed the world.

With falling water tables, eroding soils, and rising temperatures making it difficult to feed growing populations, control of arable land and water resources is moving to center stage in the global struggle for food security. What will the geopolitics of food look like in a new era dominated by scarcity and food nationalism? Here are a few of the many facts from the book to consider:

END_OF_DOCUMENT_TOKEN_TO_BE_REPLACED 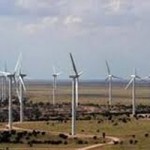 The Tres Amigas project will tie together three US electrical grids.

In the race to transition from fossil fuels to renewable sources of energy and avoid runaway climate change, wind has opened a wide lead on both solar and geothermal energy.

Wind is abundant, carbon-free and nondepletable. It uses no water, no fuel, and little land.

Over the past decade, world wind electric generating capacity grew at nearly 30 percent per year, its increase driven by its many attractive features and by public policies supporting its expansion.

Wind is abundant, carbon-free and nondepletable. It uses no water, no fuel, and little land. Wind is also locally available, scales up easily, and can be brought online quickly. No other energy source can match this combination of features.

One reason wind power is so popular is that it has a small footprint. Although a wind farm can cover many square miles, turbines occupy only 1 percent of that area.

Compared with other renewable sources of energy, wind energy yield per acre is off the charts. For example, a farmer in northern Iowa could plant an acre in corn that yields enough grain to produce roughly $1,000 worth of fuel-grade ethanol per year, or he could use that same acre to site a turbine producing $300,000 worth of electricity each year.

Wind energy is not depletable — the amount used today has no effect how much is available tomorrow.

Because turbines take up only 1 percent of the land covered by a wind farm, ranchers and farmers can, in effect, double-crop their land, simultaneously harvesting electricity while producing cattle, wheat or corn.

With no investment on their part, farmers and ranchers can receive $3,000 to $10,000 a year in royalties for each wind turbine on their land. For thousands of ranchers on the US Great Plains, wind royalties will one day dwarf their earnings from cattle sales.

Wind is also abundant. In the United States, three wind-rich states — North Dakota, Kansas, and Texas — have enough harnessable wind energy to easily satisfy national electricity needs. Another attraction of wind energy is that it is not depletable. The amount of wind energy used today has no effect on the amount available tomorrow.

Unlike coal, gas, and nuclear power plants, wind farms do not require water for cooling. As wind backs out coal and natural gas in power generation, water will be freed up for irrigation and other needs.

Perhaps wind’s strongest attraction is that there is no fuel cost. After the wind farm is completed, the electricity flows with no monthly fuel bill. And while it may take a decade to build a nuclear power plant, the construction time for the typical wind farm is one year.

Future wind complexes in the Great Plains, in the North Sea, off the coast of China or the eastern coast of the United States may have generating capacity measured in the tens of thousands of megawatts. Planning and investment in wind projects is occurring on a scale not previously seen in the traditional energy sector.

One of the obvious downsides of wind is its variability. But as wind farms multiply, this becomes less of an issue. Because no two farms have identical wind profiles, each farm added to a grid reduces variability.

A Stanford University research team has pointed out that with thousands of wind farms and a national grid in a country such as the United States, wind becomes a remarkably stable source of electricity.

In more densely populated areas, there is often local opposition to wind power — the NIMBY (“not in my backyard”) response. But in the vast ranching and farming regions of the United States, wind is immensely popular for economic reasons.

For ranchers in the Great Plains, farmers in the Midwest or dairy farmers in upstate New York, there is a PIMBY (“put it in my backyard”) response.

Farmers and ranchers welcome the additional income from having wind turbines on their land. Rural communities compete for wind farm investments and the additional tax revenue to support their schools and roads.

One of the keys to developing wind resources is building the transmission lines to link wind-rich regions with population centers.

Perhaps the most exciting grid project under development is the so-called Tres Amigas electricity hub, a grid interconnection center to be built in eastern New Mexico. It will link the three US electricity grids — the Eastern, Western, and Texas grids.

Tres Amigas is a landmark in the evolution of the new energy economy. With high-voltage lines linking the three grids where they are close to each other, electricity can be moved from one part of the United States to another as conditions warrant.

Matching energy surpluses with deficits over a broader area can help reduce electricity wastage and consumer rates both. Other long distance transmission lines are under construction or in the planning stages.

Combined with an ambitious solar and geothermal expansion, along with new hydro projects in the pipeline, this increase would total 7.5 million megawatts of renewable generating capacity, enabling us to back out all of the coal and oil and most of the natural gas now used to generate electricity. (See data.)

In addition to the shift to renewable sources of energy, there are two other critical components of this climate stabilization plan: rapidly increasing the energy efficiency of industry, appliances, and lighting, and restructuring the transportation sector, electrifying it as much as possible while ramping up public transit, biking and walking. (With this latter component, we would be able to back out of much of the oil used for transportation.)

This energy restructuring would require roughly 300,000 wind turbines per year over the next decade. Can we produce those? For sure. Keep in mind that the world today is producing some 70 million cars, trucks, and buses each year. Many of the wind turbines needed to back out fossil fuels in electricity generation worldwide could be produced in currently idled automobile assembly plants in the United States alone. The plants would, of course, need to be modified to shift from automobiles to wind turbines, but it is entirely doable.

In World War II, Chrysler went from making cars to tanks in a matter of months. If we could do that then, we and the rest of the world can certainly build the 300,000 wind turbines per year we now need to build the new energy economy and stabilize the climate.

For the first time since the Industrial Revolution began, we have an opportunity to invest in alternative sources of energy that can last as long as the Earth itself. The choice is ours. We can stay with business as usual, or we can move the world onto a path of sustained progress. The choice will be made by our generation, but it will affect life on Earth for all generations to come.

Adapted from Exciting News About Renewable Energy, by Lester R Brown, in the October/November 2012 issue of Mother Earth News. 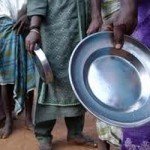 The world food situation is deteriorating. Grain stocks have dropped to a dangerously low level. The World Food Price Index has doubled in a decade. The ranks of the hungry are expanding. Political unrest is spreading.

On the demand side of the food equation, there will be 219,000 people at the dinner table tonight who were not there last night. And some 3 billion increasingly affluent people are moving up the food chain, consuming grain-intensive livestock and poultry products.

At the same time, water shortages and heat waves are making it more difficult for farmers to keep pace with demand. As grain-exporting countries ban exports to keep their food prices down, importing countries are panicking. In response, they are buying large tracts of land in other countries to grow food for themselves. The land rush is on.

Could food become the weak link for us as it was for so many earlier civilizations? The slideshow presentation below, based on Lester Brown's latest book, Full Planet, Empty Plates: The New Geopolitics of Food Scarcity, explains why world food supplies are tightening and tells what we need to do about it.

The slides are designed to be shared, so feel free to pass along the link to others who might be interested. Use the slideshow to anchor a lesson in the classroom or to spread the word within your community on why and how we need to mobilize to fix our food system. You are welcome to modify it to suit your needs. We ask only that you appropriately credit Earth Policy Institute and the photographers, notably Yann Arthus-Bertrand, eminent French photographer and friend of EPI, whose works appear within.

If you find this tool useful, please let us know how you are using it in your community, classroom, or congregation by sending an e-mail to epi@earthpolicy.org. We may add your example to our ever-growing list of the many ways folks around the world are spreading the Plan B vision.

Remember, we all have a role to play. Saving civilization is not a spectator sport.

The new geopolitics of food scarcity

One of our legacies from the last century, which was dominated by two world wars and the cold war, is a sense of security that is defined almost exclusively in military terms. It so dominates Washington thinking that the U.S. foreign affairs budget of $701 billion in 2009 consisted of $661 billion for military purposes and $40 billion for foreign assistance and diplomatic programs.

But the situation in which we find ourselves pushes us to redefine security in twenty-first century terms. The time when military forces were the prime threat to security has faded into the past. The threats now are climate volatility, spreading water shortages, continuing population growth, spreading hunger, and failing states. The challenge is to devise new fiscal priorities that match these new security threats.

END_OF_DOCUMENT_TOKEN_TO_BE_REPLACED

Without forests, without topsoil, without water, we're all sunk.

Our natural systems are the foundation of our economy. Consider Pakistan. During the past two summers, Pakistan was hit with catastrophic floods. The record flooding in the late summer of 2010 was the most devastating natural disaster in the country's history. Media coverage reported torrential rains as the cause, but there is much more to the story.

When Pakistan was created in 1947, some 30 percent of the landscape was covered by forests. Now it is 4 percent. Pakistan's livestock herd outnumbers that of the United States. With little forest still standing and the countryside grazed bare, there was scant vegetation to retain the rainfall. Pakistan, with 185 million people squeezed into an area only slightly larger than Texas, is an ecological basket case. If it cannot restore its forests and grazing lands, it will only suffer more "natural" disasters in the future.