At the time, the transformation of the city’s downtown core into a pseudo war zone seemed like the worst aspect of the Harper government’s handling of the G20 summit in Toronto in June 2010.  But perhaps just as insidious was Stephen Harper’s personal role at that summit in pushing the developed world to abandon stimulus spending and veer sharply towards austerity.

END_OF_DOCUMENT_TOKEN_TO_BE_REPLACED

The walk is not a protest but a spiritual procession to heal the land and the people.

The words 'this is just wrong' echoed in my mind walking 14 kilometers through the barren, industrialized landscape in the heart of the Alberta tar sands last Saturday. Wrong on such an overwhelming scale and in so many dimensions, the only parallel that comes to mind is the destruction to the land wrought by a major war.

END_OF_DOCUMENT_TOKEN_TO_BE_REPLACED 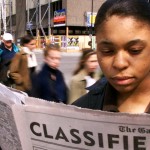 The job market is failing the best-educated generation in Western history.

After graduating from high school, I had two choices: I could earn a college degree while shouldering debt, or struggle in a highly competitive job market without one. I chose the former. And I’m not the only one.  My generation is setting records in higher education. According to a 2012 Pew Research Center analysis, one in three of the country’s 25-to-29-year-olds has a bachelor’s degree — making that credential twice as common in the age group as it was in 1971.

We’re also setting records in underemployment. Nearly half of the recent college grads who have found work are in jobs that don’t require a four-year college degree.

We have the necessary knowledge and skills to succeed. So why aren’t we succeeding? For one thing, there aren’t enough professional jobs available. Then, there are loans.

For the past two years, there was a 3.4 percent fixed and subsidized interest rate on Stafford loans, a form of student financial aid that more than 10 million students use each year. That rate doubled on July 1. Senate Democrats tried to reinstate the original rate a week later, but failed. Instead, Congress settled on a bipartisan agreement.

Under this new plan, the government will peg the interest rate for new Stafford loans to the financial market by setting it 2.05 percentage points over the 10-year Treasury note rate. As we embark on our careers, college grads who’ve taken out Stafford loans, like myself, could be responsible for paying as much as 8.25 percent, the maximum interest rate allowed by the new arrangement.

Total student debt has ballooned to nearly $1 trillion, nearly triple 2004 levels, according to a Federal Reserve Bank of New York report. If the new plan is enacted, just imagine how much student debt there will be in 2020.

Public opinion polls underscore our dilemma. More than 80 percent of Americans agree that it’s harder for us to find jobs than it was for our parents. But our problems don’t end there. About 70 percent believe that it’s also tougher for our generation to save for the future, pay for college, or buy a home.

So, what happens when we can’t find work and can’t pay our loans? When our parents have the means to help, we call home.

We’re the most educated generation in American history, yet many of us are unemployed or underemployed. And too many of us are still financially dependent on our parents.

Next spring, I’ll be graduating again — this time with a bachelor’s degree. Instead of moving on to graduate school, I’ll be entering the workforce full-time. I need to take time off to work if I hope to pay off my loans in the near future. At this rate, I can’t afford to pay interest.

What do you call the people responsible for the disasters in Texas and Bangladesh?

by Emily Schwartz Greco and William A Collins

This publicity wave may ultimately boost Rolling Stone‘s bottom line. Any news is good news when it comes to marketing, right? And it’s also obscuring a more important question than whether it’s OK to run flattering photos of terrorists: What exactly constitutes terrorism?

END_OF_DOCUMENT_TOKEN_TO_BE_REPLACED

Recent revelations about the National Security Agency's (NSA) Internet surveillance program have stirred debate in the United States, raised concern among Washington's allies, and sent the Obama administration scrambling for explanations. They could also be a boon to authoritarian regimes around the world.
END_OF_DOCUMENT_TOKEN_TO_BE_REPLACED

ILO Director-General says that 'more can be done' to achieve high employment levels and growth.

from the International Labor Organization

“I am convinced that more can be done. Experience suggests that high employment levels and inclusive growth can be achieved through a well-designed combination of supportive macroeconomic policies and employment, labour market and social protection policies that are designed to spread the benefits of growth”, said ILO Director-General Guy Ryder.
END_OF_DOCUMENT_TOKEN_TO_BE_REPLACED

Peak oil has generated headlines in recent years, but the real threat to our future is peak water. There are substitutes for oil, but not for water. We can produce food without oil, but not without water.
END_OF_DOCUMENT_TOKEN_TO_BE_REPLACED 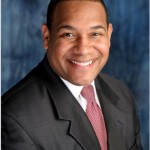 from the National Bar Association

WASHINGTON DC, July 14, 2013 — We are extremely disappointed by the verdict in the case of State of Florida v George Zimmerman. As lawyers we respect the rule of law, but in this instance the Zimmerman verdict sadly highlights the continued injustices Black Americans face in the US legal system.

"The verdict," stated NBA President John E Page "says an unarmed college-bound Black teen can be profiled, stalked, confronted and killed by an armed neighborhood watchman with hollow tip point bullets. We express our heartfelt condolences to Trayvon Martin's family on this tragic verdict. We also say 'Enough is enough!  It is not okay to kill our youth'."

The fact is the jury delivered a not guilty verdict. The truth is justice has not been served. In these most challenging of times, we are called upon to act. We must move from outrage to action. It starts today with the NBA and you!
END_OF_DOCUMENT_TOKEN_TO_BE_REPLACED

Canadians learn what to expect from a changing climate.

While Calgary celebrates its resilience at a “Hell or High Water” Stampede, Toronto is drying out after a dramatic storm that saw more rain fall in two hours than the city usually sees in the entire month of July.  Even if you don’t live in Southern Alberta or Mississauga, floods are fodder for dinner table conversations across the country right now. And more and more Canadians are asking whether what we’re seeing is climate change.

END_OF_DOCUMENT_TOKEN_TO_BE_REPLACED 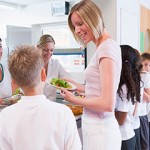 Saul Alinsky is called the father of modern community organizing. His 1971 Rules for Radicals is like a political version of The Art of War merged with street fighting tips from a boxing coach — the tone is gruff, aggressive, and blunt. For Alinsky, the ends justify pretty much any means. But a new crop of activists is forging a different path — and turning organizing orthodoxy on its head.