IMF an intervenor in hedge fund lawsuit against Argentina.

WASHINGTON DC, July 19, 2013 — Any day, the US 2nd Circuit Court will rule between Argentina and hedge funds; the ruling will impact global poverty and poor country access to credit. Argentina preemptively filed an appeal with the US Supreme Court. Christine Lagarde, International Monetary Fund Managing Director, is requesting the Fund’s executive board file an amicus curiae brief to the US Supreme Court urging Argentina’s case be heard.

END_OF_DOCUMENT_TOKEN_TO_BE_REPLACED

It’s time for white people — especially white parents — to listen, to learn, and to speak out on the terribly painful loss of Trayvon Martin.

If my white 14-year-old son Luke had walked out that same night, in that same neighborhood, just to get a snack he would have come back to his dad unharmed — and would still be with me and Joy today. Everyone, being honest with ourselves, knows that is true. But when black 17-year-old Trayvon Martin went out that night, just to get a snack, he ended up dead — and is no longer with his dad and mom. Try to imagine how that feels, as his parents.

END_OF_DOCUMENT_TOKEN_TO_BE_REPLACED

On June 15, 63 RCMP officers arrested 12 protesters near Rogersville NB,  just after dawn. My wife Susan and I were among them. Like the Maliseet First Nation Elder who became my cell-mate, we were praying on the highway when arrested.

Susan and I are both senior citizens who have never been arrested before. A surreal moment occurred when an RCMP officer, who had taken my cane while I was on my knees praying, had to help me up before he could arrest me and put me in the paddy wagon.

END_OF_DOCUMENT_TOKEN_TO_BE_REPLACED

In Ottawa recently a group of Catholic parents protested to their school board over Justin Trudeau’s appearance in November 2012 to talk to students at a Catholic school about bullying. Some parents told the board this was a “scandal” because Trudeau supports same-sex marriage and a woman’s right to choose. According to slides from their presentation, a group of parents called upon the school board to prevent appearances by anyone advocating “ideas that are contrary to the social and moral teachings of the Catholic Church.”

END_OF_DOCUMENT_TOKEN_TO_BE_REPLACED 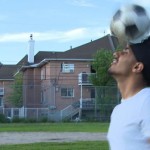 from the Universal Society of Hinduism

Hindus are urging the Canadian Government and Canadian Soccer Association to discipline Federation de soccer du Quebec for their turban ban, which they say smells of intolerance and is not acceptable in our 2013 world.

END_OF_DOCUMENT_TOKEN_TO_BE_REPLACED 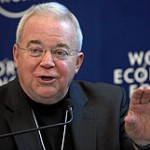 Christian leader calls on US to re-frame goals, re-define 'winning'.

Years ago, I tutored inner-city kids from my Washington, DC, community in Columbia Heights. I would often take them to my favorite monument — the Lincoln Memorial. I would stand with them and help them read Lincoln’s Gettysburg Address and his Second Inaugural Address written on the huge walls on either side of Lincoln’s impressive statuary.

END_OF_DOCUMENT_TOKEN_TO_BE_REPLACED

Pope Francis has completed his first days in office. Much has been made of his frugal lifestyle, his apparent simplicity and his sense of humour. Those are admirable traits and it is also refreshing to hear a religious leader talking about solidarity with the poor rather than the prosperity gospel preached by so many.

On the other hand, virtually every knowledgeable commentator cautions that we should not expect changes to the hierarchy’s conservative doctrinal positions on matters such as birth control, the ordination of women or of married men. While Francis may prove to be a humble man and a pastoral leader,  the substance of the message likely will not change as much as the manner of its delivery.

END_OF_DOCUMENT_TOKEN_TO_BE_REPLACED

Will Pope Benedict XVI’s resignation make any difference? He and his predecessor have appointed a College of Cardinals so profoundly rooted in his vision of the world that it would really take a miracle for the next Pope to be more in the tradition of Jesus and John XXIII.

The Vatican claims that the Pope resigned because of his health. But this announcement came upon the heels of a stunning film, Mea Maxima Culpa: Silence in the House of God, on the priestly abuse of children and the cover-up of these crimes. Broadcast by US HBO in mid-February, it documents the resistance of deaf young men in Milwaukee to the Church’s silence about their being abused.

The film clarifies the former Cardinal Joseph Ratzinger’s responsibility for protecting and hiding hundreds of cases of priests who abused and raped children.

The film makes clear the former Pope’s responsibility — back when he was still known as Cardinal Joseph Ratzinger — for controlling and arranging the concealment of hundreds of cases of priests around the world who abused and raped children.

This Pope doesn’t just bear responsibility for much of the cover-up of criminal behavior by priests. As Pope, he also ordered attacks by the Vatican on the American nuns who have committed their lives to working with and for the poor — not only in direct service but in advocating public policy. The Vatican has condemned them for not putting their energy instead into criminalizing abortion and opposing contraception.

Indeed, the protection of criminal, abusive priests is even worse than the original abuse.

Assessing and judging the past is always necessary in order to heal and move into the future. Perhaps the scandal of the priestly abuse of children — and the even worse scandal that bishops, archbishops, cardinals, and popes protected those criminal priests — will so stir the conscience of the College of Cardinals (or at least their prudential concern about the Church’s reputation) that an unexpected choice will emerge. For the sake of the world as well as of the Church, let’s hope so. And even pray so. 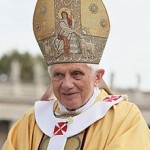 END_OF_DOCUMENT_TOKEN_TO_BE_REPLACED

Children should bury their parents; parents should not have to bury their kids. Pastors should conduct funerals for the elderly, not for children killed by gun violence. When the proper order of things keeps getting turned around, something is wrong. The ongoing epidemic of shootings — whether in an elementary school or on city streets — shows something in our society has gone terribly amiss.