It’s unbelievable, but Monsanto and Company are at it again. These profit-hungry biotech companies have found a way to gain exclusive control over the seeds of life — the source of our food. They’re trying to patent away varieties of our everyday vegetables and fruits like cucumber, broccoli and melons, virtually forcing growers to pay them for seed and risk being sued if they don’t.

END_OF_DOCUMENT_TOKEN_TO_BE_REPLACED

Use of replacement workers at Labatt leads to injuries and accidents.

from the National Union of Public and General Employees

ST JOHN'S,  July 17, 2013 — The Newfoundland and Labrador Association of Public and Private Employees (NAPE/NUPGE) is sounding the alarm on the potential for dangerous workplace situations associated with the use of replacement workers after recent incidents at the Labatt Brewing Company plant in St John’s.

“There are reports of workplace injuries, accidents, and potential violations of the province’s Occupational Health and Safety (OHS) legislation involving replacement workers at the Labatt plant,” said NAPE President Carol Furlong. “We have a situation at the plant where ill-trained and inexperienced workers are crossing a picket line to operate complex equipment and deal with potentially dangerous chemicals and caustic materials. This is a recipe for disaster.”

END_OF_DOCUMENT_TOKEN_TO_BE_REPLACED 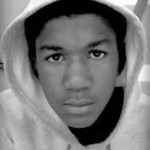 Urge the US Department of Justice to pursue a civil rights action against George Zimmerman.

The tragic death of teenager Trayvon Martin — armed only with Skittles and iced tea — riveted the nation and drew attention to the NRA/ALEC "Stand Your Ground" policies which were implemented in dozens of states across the nation. Upon the acquittal of shooter George Zimmerman, NAACP chief Ben Jealous announced "We are not finished demanding justice for Travyon Martin," and called for immediate action by the US Department of Justice.

Add your voice to those calling for justice for Trayvon by signing the petition below on the CMD website:

END_OF_DOCUMENT_TOKEN_TO_BE_REPLACED 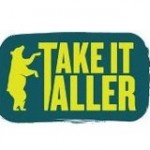 from Take It Taller

We’ve recently learned TimberWest is logging some of the last remaining majestic stands of old-growth forests in the southern Great Bear Rainforest, despite provincial regulations compelling TimberWest to set these stands aside. The company is using highly questionable interpretations of the legal logging rules to log old-growth forests that must be left standing. Old growth forests on Sonora Island and other parts of TimberWest’s tenure are under immediate threat.

END_OF_DOCUMENT_TOKEN_TO_BE_REPLACED

Expect information pickets at Gap and Walmart this weekend.

from the International Association of Machinists and Aerospace Workers

Since May 29, more than 2,000 people have been injured across Turkey after police used water cannon and tear gas against demonstrators.

END_OF_DOCUMENT_TOKEN_TO_BE_REPLACED

from Idle No More

END_OF_DOCUMENT_TOKEN_TO_BE_REPLACED

The federal government’s “Responsible Resource Development” ads depict the tar sands as environmentally friendly and have been running since 2012. Recently, Ottawa announced it will spend another $16 million this year to keep the ads running on television.

What this ad campaign doesn’t tell you is how the Harper government gutted Canada’s environmental laws in order to fast-track new tar sands mines and pipelines as part of the omnibus budget bills. And it certainly doesn’t tell you that tar sands development has made Canada one of the world’s biggest polluters and contributors to climate change.

In response, Greenpeace has crafted three satirical commercials, of which this is the first. The 30-second ad stars comedic actor Peter Keleghan, known for his work on shows like 18 to Life and  The Red Green Show, as Environment Minister Peter Kent. In the ad he says “being the kind of environment minister who makes big oil companies clean up their mess isn’t easy – but buying ads is!”

END_OF_DOCUMENT_TOKEN_TO_BE_REPLACED

Canada put forth text at the United Nations on Monday which could be used by governments around the world to deny healthcare access to rape survivors and limit sexuality education.  Canada's new position denies the right of a young rape survivor in the Democratic Republic of the Congo to have access to emergency contraception, testing for sexually transmitted infections, and post-exposure prophylaxis for HIV.

END_OF_DOCUMENT_TOKEN_TO_BE_REPLACED

Company offers gang rape victims help only if they promise not to sue.

Trigger Warning: This page includes descriptions of the abuses suffered by rape victims.

Years after being sexually assaulted by Barrick Gold security staff, gang rape victims are finally being offered counselling and micro loans — but only if they waive their right to sue the world’s largest gold company.