State “civil-forfeiture”(CF) laws aimed at drug kingpins are being twisted to confiscate the property of people “never charged with a crime,” The New Yorker magazine (August 12) asserts.

Example: a Philadelphia couple fighting a home eviction after their son sold a small amount of marijuana to an informant.

What’s more, a high proportion of the victims appear to be African-Americans and Latinos, the magazine says.

END_OF_DOCUMENT_TOKEN_TO_BE_REPLACED

US Peace Memorial Foundation seeks to build a culture of peace.

from the US Peace Memorial Foundation

The Board of Directors of the US Peace Memorial Foundation voted unanimously to award its 2013 Peace Prize to Bradley Manning for conspicuous bravery, at the risk of his own freedom, above and beyond the call of duty.

Michael Knox, Chair of the Foundation, presented the award on July 26 at a rally at Ft McNair, Washington, DC.  The reading of the inscription was met with great applause.  In his remarks, Knox thanked Manning for his courage and for all that he has sacrificed for this country and the world.  The plaque was accepted by Emma Cape, Bradley Manning Support Network Campaign Organizer.

Many of Bradley Manning’s contributions are documented in the US Peace Registry (scroll down to his name).  In addition to receiving the 2013 Peace Prize, the US Peace Memorial Foundation’s highest honor, Bradley Manning has also been designated as a Founding Member.  He joins previous outstanding Peace Prize recipients Medea Benjamin, Noam Chomsky, Dennis Kucinich, and Cindy Sheehan.

Peace Prize nominees considered this year include: American Friends Service Committee, CodePink, Courage to Resist, Lynn Elling, Daniel Ellsberg, Food Not Bombs, and Ann Wright.  You can read about the antiwar/peace activities of this year's exceptional nominees in our publication, the US Peace Registry.

Upon hearing of the selection, nominee Daniel Ellsberg stated, “Bradley richly deserves this award, as well as the Nobel Peace Prize for which he's also been nominated, with support of more than 100,000 Americans.  He was willing to sacrifice his freedom to bring the murderous realities of "twenty-first century asymmetric warfare" to the attention of this country and the world in a way that no one else has had the conscience or courage to do.”

Since 2005, the US Peace Memorial Foundation has directed a nationwide effort to recognize peace leadership by publishing the US Peace Registry, awarding an annual Peace Prize, and planning for the US Peace Memorial in Washington, DC.  These educational projects help move the US toward a culture of peace as we honor the millions of thoughtful and courageous Americans who have taken a public stand against one or more US wars or who have devoted their time, energy, and other resources to finding peaceful solutions to international conflicts.  We celebrate these role models in hopes of inspiring other Americans to speak out against war and for peace.  Please read World Peace: A First Step  for more details.

"Exxon Mobil made $19 billion in profit and received a $156 million tax rebate."

"'Free trade' agreements and financial deregulation," says Paul Craig Roberts, "sank the US economy."  This stark judgment sums up the considered reappraisal of unregulated capitalism by the Reagan administration's most visible supply-side economist.

END_OF_DOCUMENT_TOKEN_TO_BE_REPLACED

'Jesus wasn't anti-abortion, but he was opposed to the death penalty.' 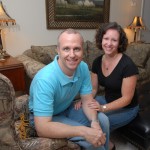 END_OF_DOCUMENT_TOKEN_TO_BE_REPLACED

from the US Equal Employment Opportunity Commission

BALTIMORE,  June 17, 2013, A national marketer and distributor of national and proprietary-branded food and food-related products engaged in a pattern or practice of failing to hire female applicants for operative positions at distribution centers nationwide, the US Equal Employment Opportunity Commission (EEOC) charged in a lawsuit it announced today.

END_OF_DOCUMENT_TOKEN_TO_BE_REPLACED

WASHINGTON DC, May 23, 2013 — In the latest proof that the oil industry has succeeded in buying Congress, research from Oil Change International today reveals the huge amount of cash spent by the fossil fuel industry on the Representatives that voted in favor of HR 3, the “Northern Route Approval Act”.

END_OF_DOCUMENT_TOKEN_TO_BE_REPLACED 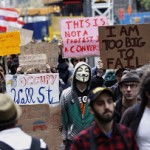 MADISON, WI , May 20, 2013 — DBA Press and the Center for Media and Democracy today released the results of a year-long investigation: Dissent or Terror: How the Nation's Counter Terrorism Apparatus, In Partnership With Corporate America, Turned on Occupy Wall Street. The report, a distillation of thousands of pages of records obtained from counter terrorism/law enforcement agencies, details how state/regional "fusion center" personnel monitored the Occupy Wall Street movement over the course of 2011 and 2012.
END_OF_DOCUMENT_TOKEN_TO_BE_REPLACED

WASHINGTON DC,  May 14, 2013 — The recent IRS admissions about the use of "Tea Party" or "Patriot" labels to flag applications for nonprofit status for additional scrutiny raise serious questions about political bias, and should receive a thorough and independent investigation.

Yesterday, Common Cause joined the growing call for House and Senate hearings to answer those questions, but stressed the need for those hearings to delve deeper into the bigger problem facing our democracy after the Supreme Court’s decision in Citizen United — the dramatic surge in the misuse of nonprofits to hide political spending by billionaires and corporations from American voters, and the lack of any meaningful enforcement response.
END_OF_DOCUMENT_TOKEN_TO_BE_REPLACED