New Brunswick continues to top the charts in sexual violence.

The good news is that New Brunswickers are #1 in Canada in at least two important social indicators. The bad news is that those #1 positions are in unemployment (11.2 percent in June, vs the 7.1 percent Canadian average — and urban sexual assault.

END_OF_DOCUMENT_TOKEN_TO_BE_REPLACED

Last week, the province’s Department of Health announced announced that the Midwifery Council of New Brunswick (MCNB) would not receive its annual $10,000 funding. An email statement from Health Minister Ted Flemming explained that, “In this time of change, the department has decided to postpone the introduction of midwives. It does not seem prudent to introduce a new profession in the midst of systemic change…  In addition, the fiscal challenges make it more complicated.”

Hold up: the Health Department thinks midwifery is a new profession?

END_OF_DOCUMENT_TOKEN_TO_BE_REPLACED

A few years ago, a feminist gathering in Winnipeg, Manitoba sharply challenged my thinking about Canada and Canadian identity, particularly my limited understanding of Aboriginal identities, experiences, and oppressions. END_OF_DOCUMENT_TOKEN_TO_BE_REPLACED

The Regroupement féministe du Nouveau-Brunswick’s (RFNB for short, which translates to the Feminist Organization of New Brunswick) was founded by New Brunswick women in June 2007, and is already having a considerable impact on public policy and on the Acadian community.

END_OF_DOCUMENT_TOKEN_TO_BE_REPLACED 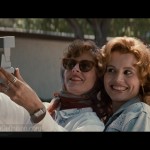 The summer blockbuster movie season is upon us — and with it comes a barrage of films featuring women and girls in limited, sexualized and trivial roles. Just how abysmal is the representation of women and girls in film and television? Let me introduction you to a little something we feminists call the Bechdel test.

Bechdel is a concept that originates from a 1985 comic strip by Alison Bechdel, a queer American cartoonist. In this strip, a character mentions that she doesn’t watch films that don’t meet a basic criterion: they must have at least two female characters who talk to each other about something other than a man (bonus points if these characters actually have names). The joke of the strip is, of course, that the character doesn’t get to watch many movies.

END_OF_DOCUMENT_TOKEN_TO_BE_REPLACED

In Canada, Aboriginal women are most vulnerable to being exploited.

The Whistleblower is a 2010 made-for-TV movie dramatizing one real-life investigator’s efforts to stop human trafficking in a war zone.  Rachel Weisz stars as Kathryn Bolkovac, a Nebraska police officer who served as a peacekeeper in post-war Bosnia and who exposed how the United Nations was involved in covering up human trafficking and the exploitation of women.

The film (partly funded by Ontario) is very moving and well done, although it is tough to watch at times.  After  watching it, I decided to find out more about the prevalence of human trafficking in Canada – and yes, it does happen here. Although not all victims of human trafficking are female, the vast majority are.

END_OF_DOCUMENT_TOKEN_TO_BE_REPLACED 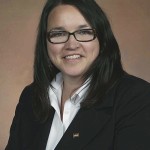 Last week, the province’s Women’s Issues Branch renamed itself the Women’s Equality Branch, then followed up with plans for a new independent forum to advance the equality of women and girls in New Brunswick. The Voices of New Brunswick Women Consensus-Building Forum is slated to be active by the fall.

END_OF_DOCUMENT_TOKEN_TO_BE_REPLACED

Lately, New Brunswick Members of Parliament made headlines for their sexist comments.

Take Fisheries Minister Keith Ashfield’s comment at a photo op staged after Harperites presented the new federal budget.  At the home of a local family, Minister Ashfield sampled the fresh bread baked by Grace Moreno, a high school student.  He praised her cooking by saying that she would, “make a wonderful wife for somebody.”

END_OF_DOCUMENT_TOKEN_TO_BE_REPLACED

In Disney’s world, only sexed-up females are relevant.

Over the past few weeks, the Walt Disney Company has faced on online uproar over their makeover of Merida, the protagonist of the film Brave. The makeover was in preparation for Merida’s induction to the Magic Kingdom’s Princess Hall of Fame and involved sexualizing the youthful character by making her older, more polished, and giving her a classic come-hither countenance (that kind of looks like a facelift, if I’m being perfectly honest).