John Kerry's job like fable about curing prince who thought he was a turkey.

When you have a conflict between two parties, the way to solve it is clear: you put them in the same room, let them thrash out their differences and emerge with a reasonable solution acceptable to both.

For example, a conflict between a wolf and a lamb. Put them in the same room, let them thrash out their differences and emerge with…

Just a moment. The wolf emerges. Now where's that lamb?

END_OF_DOCUMENT_TOKEN_TO_BE_REPLACED

Cesium, strontium and tritium pouring out of melted-down nuclear plant.

from the Thom Hartmann Show

Toronto progressives struggle for focus in the face of a raging civil war.

What should we be doing about Syria? Admittedly, it’s a difficult question — so much so that the moderator is berating the two panelists at the July 12 meeting at Beit Zatoun on Markham for failing to offer anything beyond their sharp differences. The moderator's frustration might be because one speaker has mounted a bizarre defence of Bashar al-Assad, which can only be attributed to his membership in the Communist Party, whose positions are in lockstep with Russia’s.

The other participant, Ali Mustafa, a Torongo freelance journalist of mixed Portuguese and Egyptian background and explicitly pro-rebel, albeit with reservations, is less of a propagandist and more informative. He shares observations from a recent trip to the rebel-held city of Aleppo, site of some of the biggest battles in the civil war.

END_OF_DOCUMENT_TOKEN_TO_BE_REPLACED

Revolutions are easier to start than to resolve.

Let me come back to the story about Zhou Enlai, the Chinese Communist leader. When asked what he thought about the French Revolution, he famously answered: “It’s too early to say.”  This was considered a typical piece of ancient Chinese wisdom — until somebody pointed out that Zhou did not mean the revolution of 1789, but the events of May 1968, which happened not long before the interview in question.

Even now it may be too early to judge that upheaval, when students tore up the cobblestones of Paris, confronted the brutal police and proclaimed a new era. It was an early forerunner of what is happening today all over the world.

END_OF_DOCUMENT_TOKEN_TO_BE_REPLACED 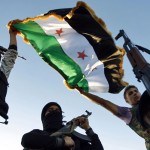 Syrian conflict attracts fighters from around the world to intervene.

During the Spanish civil war of 1936, a news story reported the deaths of 82 Moroccans, 53 Italians, 48 Russians, 34 Germans, 17 Englishmen, 13 Americans and 8 Frenchmen. Also one Spaniard.

“Serves him right,” people in Madrid commented, “Why did he interfere?” Similar things could now be said about the civil war in Syria.

END_OF_DOCUMENT_TOKEN_TO_BE_REPLACED

ISTANBUL, June 8, 2013 — A bagpipe squeals over Taksim Square as a ring of demonstrators dances merrily around.  The circle largely represents the grab bag of disparate groups that has come together in their anger at Prime Minister Recep Tayyip Erdogan. They say he is becoming increasingly authoritarian and many claim that he has tried to force Islamism — through laws like restrictions on alcohol sales — on a segment of the population that cherishes its secularism.

END_OF_DOCUMENT_TOKEN_TO_BE_REPLACED

The uproar started all too typically, with a rather minor event. Last week, a few thousand people protested against plans to allow construction of a shopping mall in a park near Istanbul's central Taksim Square. An unexpectedly harsh crackdown by police armed with tear gas provoked tens of thousands more to pour into the area. Soon the protests spread to other districts of Istanbul and on to the major Turkish cities of Ankara and Izmir.

By the second and third days of unrest, the protests began to focus more on the government of Prime Minister Recep Tayyip Erdogan and less on the plans to raze the park near Istanbul's Taksim Square. The protests, though largely limited to Turkey's three largest cities, seemed to have united young and old, secular and conservative-religious, and rich and poor. END_OF_DOCUMENT_TOKEN_TO_BE_REPLACED

Woman candidate takes on Taliban fighting for Islamic rule in May 11 election.

Election day is approaching in Pakistan, and women in one violence-wracked province are working hard to ensure they have a voice. Tens of millions of women are expected to refrain from voting during the May 11 general elections due to societal restrictions, failures in the electoral system, or the very real threat of violence. END_OF_DOCUMENT_TOKEN_TO_BE_REPLACED 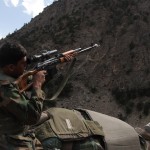 Afghanistan's ties with its neighbor Pakistan have become severely strained lately, with both sides engaging in a war of words and cross-border violence.  At the forefront of those tensions is a longstanding dispute over the demarcation of their contested border.

The latest controversy involves a border outpost, a checkpoint, and other installations recently built by Pakistan. The facilities were constructed along the edge of Goshta District, which is located in Afghanistan's eastern Nangarhar Province.  Kabul has demanded that Islamabad remove the installations, saying they encroach on Afghan territory. Pakistan counters that its new fortifications are on its side of the border.

The controversial border posts have rekindled the thorny issue of the Durand Line, a border agreed to by the British and Afghan Amir Abdur Rahman Khan in the late 19th century.

The simmering tensions boiled over on May 2, when Afghan border police in Goshta District opened fire and destroyed parts of the newly built installations. Afghan forces said they had noticed Pakistani troops starting additional work on the outpost, despite recent agreements to halt construction.

Pakistan, which shed its status as part of British India more than 65 years ago, considers the line to be an international border, as does the majority of the international community. But Afghanistan has never recognized the porous frontier, which cuts through the ethnic Pashtun heartland.

The simmering tensions boiled over on May 2, when Afghan border police in Goshta District opened fire and destroyed parts of the newly built installations. Afghan forces said they had noticed Pakistani troops starting additional work on the outpost, despite recent agreements to halt construction.

An Afghan border guard was reportedly killed and three others injured during a six-hour clash with Pakistani troops. Pakistani authorities said that two of its security personnel were wounded in the skirmish.

Each side has blamed the other for sparking the incident, which took place along a crucial battleground in the fight against Taliban and Al-Qaeda-linked militants that operate on both sides of the border.

In April, Afghan President Hamid Karzai ordered Afghan troops to "take immediate measures" to remove the installations near Goshta District. Karzai has maintained that activities by either side along the Durand Line must be approved by both countries.

An Afghan Defence Ministry spokesman has claimed that the post is up to 30 kilometres inside Afghan territory. He has suggested that "all options" were open in Kabul to ensure the installations were removed.

Karzai has directed his Foreign, Interior, and Defence ministries to ask for clarification from the U.S.-led coalition for "assisting and supporting Pakistan to build these installations," according to a statement from the president's office.

Abdul Karim Khurram, the president's chief of staff, revealed on April 29 that Karzai has sent a letter to US President Barack Obama to seek his help in retaking nearly a dozen border posts the Afghan president's office believes Pakistani forces have unjustly occupied in the past decade.

Hamid Karzai has sent a letter to US President Barack Obama to seek his help in retaking nearly a dozen border posts the Afghan president’s office believes Pakistani forces have unjustly occupied in the past decade.

Khurram said Karzai, who sent the letter on April 15, accused the NATO-led International Security Assistance Force (ISAF) of handing military posts it had built along the border over to Pakistani forces.

"When ISAF and coalition troops arrived in Afghanistan, they took these check posts and centers," the BBC and  Afghanistan Times quoted Khurram as saying. "They [the ISAF] paved the way for the Pakistani military to occupy these posts after they evacuated the posts. It shows some US interference on the issue. Considering the U.S.-Afghan long-term strategic pact, Karzai sent a letter to Obama."

The dispute in Nangarhar has led to mass protests against Pakistan. For the last few weeks, the streets of the provincial capital, Jalalabad, have been lined with demonstrators chanting anti-Pakistani slogans and demanding military action by the Afghan government.

Protestors have also demanded that Nangarhar Governor Gul Agha Sherzai be dismissed immediately and they have accused him of treason. The calls came after lawmakers said Sherzai failed to inform them of Pakistan's activity along the border and accused him of not doing enough to stop the construction of border installations.

In retaliation, Pakistan on April 30 closed its border crossing with Afghanistan along the highway linking Kabul and Islamabad. A Pakistani border official said the closure was ordered because an Afghan border guard fought with a Pakistani official.

That came a day after Islamabad tightened entry requirements in connection with Pakistan's May 11 general elections, ordering that only Afghans with valid documents be allowed to cross into Pakistan. Before the measure, crossing the border without travel documents was routine.

Afghan claims that Pakistan is trying to thwart efforts to begin reconciliation talks with the Taliban have also fuelled souring relations.

Afghanistan has grown increasingly frustrated with Pakistan, saying Islamabad is not fulfilling its promises regarding the peace process. Kabul has suggested that Islamabad is seeking to keep Afghanistan unstable until foreign combat forces leave at the end of 2014.

Afghanistan has long accused Pakistan of providing sanctuary to Afghan insurgents on its soil. Pakistan denies this and says that Pakistani Taliban routinely seek shelter on the Afghan side of the border.

TOKMOK, Kyrgyzstan, April 20, 2013 — Before their family moved to the United States a decade ago, Boston Marathon bombing suspects Dzhokhar and Tamerlan Tsarnaev spent some of their early, formative years in the northern Kyrgyz town of Tokmok, home to the country's largest ethnic Chechen community.

RFE/RL Kyrgyz Service correspondent Timur Toktonaliev and cameraman Ulan Asanaliev traveled to Tokmok, which sits near the border with Kazakhstan, one day after the death of Tamerlan and the capture of Dzhokhar after a massive manhunt in the Boston area. They spoke to family friends and other members of the community who knew the Tsarnaevs.