Ole Hendrickson is a forest ecologist and current president of the Ottawa River Institute, a non-profit charitable organization based in the Ottawa Valley.

Environmentalists aren't much better.  They ignore repair, speaking only of “Three R’s” (reduce, reuse, recycle) in the limited context of household waste such as containers, cardboard and kitchen scraps. This perpetuates the myth that reducing waste means a poorer lifestyle — buying less, getting your clothes from the second-hand store, and spending your time flattening tin cans.

In truth, the “Four R's” should be viewed as the economy’s main engine of jobs and productivity, and the environment’s saving grace.

END_OF_DOCUMENT_TOKEN_TO_BE_REPLACED 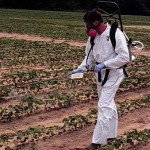 Imagine a world in which the most widely used agricultural pesticides indiscriminately killed nearly all insects, including butterflies, beetles and moths.

END_OF_DOCUMENT_TOKEN_TO_BE_REPLACED 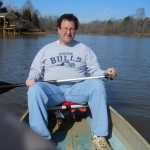 Many people are asking what is behind the Harper government's replacement of the Navigable Waters Protection Act by the Navigation Protection Act in the recent Omnibus budget bill, and how it will affect our use of lakes and rivers in Canada.

END_OF_DOCUMENT_TOKEN_TO_BE_REPLACED 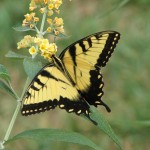 Birds, insects, adjust their migration routes due to climate change.

Naturalists are always on the lookout for rare species of plants and animals. Last year they hit the jackpot when a Giant Swallowtail butterfly was seen for the first time ever in Renfrew County on May 26 at the Ottawa Valley Native Plant Botanical Garden at the Connaught Nursery and Gardens in Micksburg.

The distinctive and beautiful Giant Swallowtail is primarily a tropical species, common in Central America.

The sighting took place during the 10th Annual Renfrew County Natural History Day, during a tour of the botanical garden. Expert butterfly spotter Ethan Anderman noticed the Giant Swallowtail first, and Daryl Coulson of the Ministry of Natural Resources got the photograph that confirmed its identity.

The distinctive and beautiful Giant Swallowtail is primarily a tropical species, common in Central America. It is the largest species of butterfly that has ever been found in Canada. Until recently, it only occurred in southwestern Ontario at Pelee Island. A stray was recorded in the Ottawa area for the first time in 1992, following high winds resulting from a hurricane in the southern US.

Giant Swallowtails were also seen this past spring in Montreal, a first for Quebec. A July 2012 press release from the Montreal Botanical Garden says, “While other butterfly species are also edging northward at a rate of 16 km per decade, the Giant Swallowtail is moving into new habitats at a rate 15 times faster than average. Its range now extends a full 400 km into areas previously too inhospitable to support a viable population. The butterfly’s arrival in Greater Montreal is a very clear example of the impact of climate change.”

The National Audubon Society says that more than half of 305 common birds now winter farther north than they did in 1966.

This movement northward of Giant Swallowtail butterflies is just one example of species currently on the move as our climate changes. As master of ceremonies for Natural History Day, Mark Stabb discussed the massive spring 2012 migration of Red Admiral butterflies. Record-setting high temperatures in March and April and southerly winds also pushed this species north in great numbers.

Like Monarch butterflies, Red Admirals are natural migrants, flying north from the US into Canada in spring, and back south in late summer. However, where Red Admirals spend the winter remains a mystery. In 1975,Canadian Fred Urquhart and his associates discovered the Monarchs' winter home in the Sierra Madre mountains of Mexico.

All over the northern hemisphere, plant and animal species are moving northward to get to cooler climates more suitable to their habitat needs. For example, according to the National Audubon Society, more than half of 305 common North American birds are wintering farther north than they did in 1966.

Trees too are moving; forest scientists in the US have confirmed that the northern ranges of trees such as northern white cedar, American basswood, sugar maple, black ash, bigtooth aspen, and yellow birch have extended northward in recent years.

Climate change will bring winners and losers among animal and plant species. Mobile animals such as birds and butterflies, especially those lucky enough to find suitable food in new areas, have an advantage over species with restricted diets and less mobility. Animals, in general, may fare better than plants.

Global warming is outpacing natural seed dispersal mechanisms of many plant species. The wind carries lighter seeds of plants such as milkweed over long distances, but heavier seeds such as acorns are only spread short distances by animals (squirrels, blue jays, etc). Scientists debate whether trees should be planted further north than their current range to help them keep up with the changing climate.