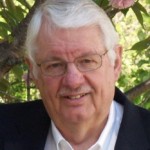 The editor of Canadian Mennonite magazine says that he was puzzled, saddened and disheartened to get a letter from the Canada Revenue Agency warning that his publication was being too political and could lose its charitable status as a result. “I took it personally,” writes  editor Richard Benner in the magazine’s November 12 edition.

The letter from a CRA bureaucrat was dated July 12 and it said: “It has come to our attention that recent issues of the organization’s monthly periodical entitled Canadian Mennonite, have contained editorials and/or articles that appear to promote opposition to a political party, or to candidates for public office.” The letter went on to say that, “Registered charities that engage in partisan political activities jeopardize their charitable status and can be subject to revocation.”

Canadian Mennonite is registered as a charity so it can receive funds from Mennonite Church Canada and area churches. It can provide tax receipts to donors.

Offending articles
Benner told CBC News that after receiving the letter he called the CRA and asked for examples of what the agency considered to be offending articles. They cited two editorials and four articles.

One of the editorials, written prior to the May 2011 federal election, suggested that readers vote based on the Mennonite beliefs of pacifism, social justice and environmentalism. The editorial also offered some critical comments about two Conservative MPs, including Public Safety Minister Vic Toews. In another editorial following the election, Benner wrote about “a militaristic Conservative majority government” in Canada.”

One offending article was an editorial following the election, about “a militaristic Conservative majority government” in Canada.

The offending articles cited by the CRA were published in the magazine’s Young Voices section and included a story on the church’s concerns about the federal omnibus crime bill. Another dwelt on how the death of NDP leader Jack Layton inspired some young Mennonites to get involved in politics. A third talked about Mennonite youth urging the federal government to spend less money on war by (symbolically) sending paper airplanes to Ottawa.

Benner writes that his magazine deals with political issues only infrequently and he denies that any of the magazine’s writing, is partisan. “Yes, we have specifically called the government to account on some of its policies and practices in what we perceive is excessive spending on military weapons, on its immigration and public safety and prison matters. These are areas of primary concern to our young people . . . but they are not partisan, per se.”

It grates…
Benner writes: “It grates on every journalistic bone in my body to have to be ‘reminded’ by the government that I have crossed the line in what I consider a professional and religious duty.” He continues, “I take seriously my duty to represent our core beliefs in a prophetic and redemptive manner that sometimes challenges the ‘powers’ (government) in the area of militarism and injustices that affect the poor, the ‘stranger’ (immigrant), indigenous peoples and protecting our economy over the environment. “

Benner adds that the CRA letter represents a “chill” on free speech. “Rather than feeling the freedom to represent my church in its witness, I now feel constrained to couch my voice in non-critical terms for fear of losing charitable status that favours us with certain financial advantages …”

David Suzuki hounded
There is a context here that goes well beyond magazines and newspapers to include development organizations, and in particular environmental organizations that are in any way critical of the government and its policies.

In April 2012, renowned environmentalist David Suzuki stepped aside from the Foundation that he had created in 1990. Suzuki cited frequent attacks on him by opponents in the Conservative universe and subsequent threats to the group’s charitable status as the reason why he left the foundation bearing his name.

Last April, Dr David Suzuki stepped aside from his Foundation, citing threats to the group’s charitable status after Conservative attacks on his activism.

In an open letter at the time Suzuki wrote: “I am keenly aware that some governments, industries and special interest groups are working hard to silence us. They use threats to the Foundation’s charitable status in attempts to mute its powerful voice on issues that matter deeply to you and many other Canadians.”

Suzuki had been under relentless criticism by the Sun Media newspapers and television network — which in some quarters is called Fox News North. Right wing pundit Ezra Levant and others involved with the network insisted that the Suzuki Foundation’s charitable status should be revoked because he was too political.

CRA audits
Suzuki also said that his foundation had been audited three times prior to 2012. “It’s very demoralizing,” he said in a media interview. “The last time we were audited I think it cost over $100,000 of our money to do that, so it’s a very expensive, punitive thing that can be done.”

CIDA chops funding
There is also speculation that a number of development organizations lost their funding from the Canadian International Development Agency (CIDA) because they were critical of either the break neck pace of development in the oil sands or of the practices of Canadian mining companies abroad. One of the organizations to lose CIDA funding was the Mennonite Central Committee. Another was the Catholic international development group Development and Peace, which saw its CIDA funding reduced drastically.

Leaders of both the Mennonite Central Committee and the Catholic Development & Peace groups chose to remain quiet about losing their CIDA funding after they were critical of the extractive industries.

The leaders of both of these organizations chose to remain quiet about their treatment at the hands of CIDA. Likely they made no comment because they feared reprisals down the road if they went public. Like Mr. Benner at the Canadian Mennonite, they have found their contacts with the government and its agencies to be unsettling.

Authoritarian government
This a government with a notoriously thin skin and a pronounced authoritarian streak, prepared to use all of the state levers at its disposal to punish those perceived as enemies. At this rate, that might soon be most of the population.