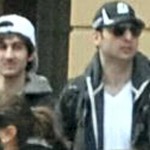 My knowledgeable friend Julia Kalinina, a Russian journalist who covered the first war in Chechnya, says she does not believe that the Tsarnaev brothers had any contact with terrorist groups, but rather that they were motivated to avenge a recent US insult to Ramam Kadyrov, the head of Chechnya.

The story, in brief: A lawyer named Sergei Magnitsky discovered major corruption by Russian officials and blew the whistle. Instead of investigating his discovery, the government arrested him. He died in prison, denied medical treatment and apparently beaten to death. The Putin government denied that there was any crime done against him, but the US Congress is leading the way (other European countries may follow suit) by naming Russians connected with his case or similar violations of human rights, and declaring that they will be denied visas to the US and that their bank accounts will be frozen.

I would add only this “politically incorrect” observation — that Chechen culture valorizes violence. Young males are taught that being a warrior is the best expression of manhood, and most of them take up some kind of martial art. Tamerlan Tsarnaev took up boxing; Dzhokhar chose wrestling. The key, unfortunately, is not Islam but their Chechen nationalist identity.

This is the "Magnitsky List,” part of the Magnitsky Act. Although some 60 persons were identified as culpable, the list actually has only 18 names. According to Wikipedia, in 2013 the International Consortium of Investigative Journalists, a DC-based nonprofit news organization, obtained records of companies and trusts created by two offshore companies which included information on at least 23 companies linked to an alleged $230 million tax fraud in Russia, a case that was being investigated by Sergei Magnitsky.

However, Kadyrov is known for his brutal rule — e.g., for being involved in the death of the journalist Anna Politkovskaya. He deserved to be on the Magnitsky List, but was not — although he is on a less prominent list of people who will be denied visas but not have their US funds impounded. My sources tell me that Kadyrov has just recently publicly promised revenge,  approximately three days before the explosions took place in Boston.

I would add only this “politically incorrect” observation — that Chechen culture valorizes violence. Young males are taught that being a warrior is the best expression of manhood, and most of them take up some kind of martial art. Tamerlan Tsarnaev took up boxing; Dzhokhar chose wrestling. The key, unfortunately, is not Islam but their Chechen nationalist identity.

Historically, the Chechen religion was related to Sufism, not to Wahabism — i.e., the religion was doctrinally fairly moderate, whereas the national culture was extremely violent. For example, the way a man would get a wife was to kidnap her. This was normal behaviour. Young males were supposed to react with nonchalance to the inflicting or receiving of violence. I have seen videos made during the war that show their cultivated indifference to atrocities.

I first learned about Chechen culture in Moscow during Soviet days, when a Canadian woman friend was describing her research into Chechnya's astonishingly violent culture. Of course, I don't want to suggest that there is anything inevitable about becoming a certain type of person as a result of one's cultural background, but I think that it is unwise to deny that cultural differences do exist, and even that early childhood experiences have an impact later in life.

I was just listening to CBC's Sunday morning show. A terrorist expert was talking about the identity issues that some young people experience when they fall between the cracks of ethnic identity and their North American identity. The results of war sometimes show up years later in the next generation, who may not even have been born in the country from which their parents originated, but who have identities that they cannot mesh with local norms. We all pay the costs of war, long after the war is over.


Metta Spencer is the former Editor of Peace Magazine. As the founding president and director of the Canadian Disarmament Information Service (CANDIS), she published the monthly Peace Calendar from 1983 to 1985, when the publication changed to magazine format and took the name Peace Magazine. In 2009, Spencer organized the Zero Nuclear Weapons public forum in Toronto, jointly sponsored by four major Canadian peace organizations with which she has been involved since the mid-1980s: Physicians for Global Survival, Canadian Voice of Women for Peace, the Nobel Peace Prize laureate organization Pugwash Conferences on Science and World Affairs, and Science for Peace.