Canada bought its second-hand Victoria-class submarine fleet from Britain in 1998 for a greatly discounted price, Webb and Byers reminded reporters, but the four submarines have been plagued by mechanical problems every since. They have spent most of their service life being refitted and repaired. 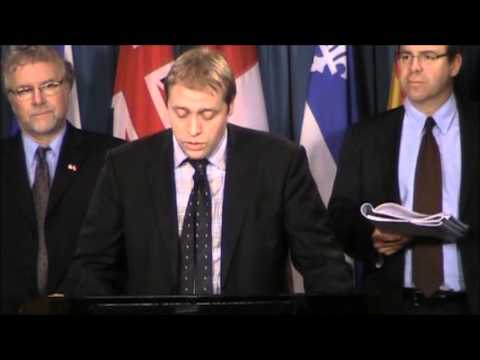 The Royal Canadian Navy projects the submarines will reach the end of their life cycle by 2030, but mechanical problems could cut their lives even shorter.

"It’s not simply a question of quite possibly gross missmanagement of a procurement file. It is also about the safety of sailors and soldiers of the Canadian Forces, who at the moment have to go to sea in subpar second-hand submarines and — if there is no plan to replace them — maybe going to sea in these same submarines up to and potentially beyond their safe lifespan," said Byers.

The replacement of Canada’s submarines was not included in the National Shipbuilding Procurement Strategy ­– a strategy that sets out construction timelines to 2041. This omission raises significant questions concerning the government’s intentions for the future of Canada’s submarine program, the researchers say.

The most likely explanation for this, says Webb, is, "gross mismanagement of the file, and if that is the case the lack of a plan would result in the end of Canada’s submarine program through neglect and obsolescence rather than design."