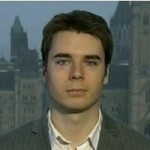 Political scandals don’t have to define Canada – but the way we respond to them, might. Rather than fall into quibbling or despondency as incidents pile up federally (Senate expenses, Nigel Wright’s cheque, Trudeau’s speaking fee) and municipally (the arrests of Montreal mayor Michael Applebaum and Laval Mayor Gilles Villaincourt),  Canadians could respond to recent events by insisting that legislators draw up clear rules and job descriptions.

Although Canada is 146 years old, and the first provincial legislature opened more than 220 years ago, the rules for politicians are still full of huge loopholes.  And only Cabinet ministers’ staff are covered by any ethics rules – not the staff of MPs, senators or other politicians across Canada.

Democracy Watch proposes that politicians be required to work a set number of hours each week, with their duties and responsibilities clearly defined.

Again and again, Canadian politicians have circled the wagons and protected each other by failing to strengthen rules, enforcement and penalties.  Not one political party leader since 1867 has proposed, let alone pushed for, all the changes needed to clean up politics.

So let Democracy Watch propose that politicians be required to work a set number of hours each week, with their duties and responsibilities clearly defined. Their job description should include permitted and prohibited outside activities, which should all be disclosed in an online searchable database, including any pay received over $1,000.

For example, to put Justin Trudeau’s speaking fee in perspective, nearly half of all MP s moonlight, with few reporting requirements and only one restriction: that their work as MP s not result in profit to their private businesses.  Other MP s and party leaders (such as Michael Ignatieff) have also reported to the ethics commissioner that they collected speaking fees.

On the other hand, part of a politicians’ work is to be a representative of government to the broader community. In speaking at public events, they also benefit from the opportunity to connect with voters and promote themselves and their political party. Democracy Watch recommends that all politicians should be required to make all public speaking appearances without fee.

In addition, DW recommends strengthening ethics laws across Canada to create bright line legislation prohibiting politicians and their staff from taking part in any official discussions or decisions if they have even the appearance of a conflict of interest between their official duties, and their other activities, financial or other personal, family and friend interests.

Parliamentarians seem to have had low priority on the Auditor Generals’ agendas across Canada – until recently. The Senate has invited the AG in for a one-time audit, and federal MPs just voted to review their self-auditing system.

In light of recent scandals, voters might want to insist the federal and provincial AG s find some way to include regular, comprehensive audits of politicians’ expenses – along with the power to penalize violators for administrative, non-criminal wrongdoing.

In light of recent scandals, voters might want to insist the federal and provincial AG s find some way to include regular, comprehensive audits of politicians’ expenses – along with the power to penalize violators for administrative, non-criminal wrongdoing.

Ethics enforcement has been another weak point.  The Parliamentary Ethics Commissioner has made more than 80 secret rulings about MPs in the past five years, and let dozens of ministers and other MPs off the hook.  The Senate Ethics Officer is controlled by a committee of senators, and can also make secret rulings.  Not only is oversight lax, but currently there are no ethics violation penalties at the federal level, and weak penalties elsewhere.

The House of Commons ethics committee is reviewing the federal ethics law and codes right now.  If the committee fails to recommend dozens of much-needed changes to strengthen rules and enforcement, that will be a clear sign that federal parties are once again circling the wagons instead of making unethical politics as usual finally illegal.

Last year, the House ethics committee reviewed the federal lobbying law and failed to recommend requiring disclosure of all lobbying and fundraising and other favours lobbyists do for politicians.  Most provinces have even bigger lobbying and donation loopholes.  Weak as the committee’s report was, Treasury Board Minister Tony Clement has failed to act on it.

So while politicians across Canada are talking the talk more than ever on ethics and accountability, and while Quebec politicians have finally taken some steps to clean up their mess, the overall poor record for the past 146 years means no one should ever hold their breath waiting for politicians to walk the walk on democratic good government.

However, the pressure is on. They will hear an earful this summer from voters.  Scandals will undoubtedly keep popping up, and the elections federally and in most provinces in 2015-2016 are looming.  This summer, voters will have a timely opportunity to convince politicians it’s to clarify their roles, restrictions and obligations while serving in public office. Canadians deserve no less.

Tyler Sommers is the Coordinator of Democracy Watch.

One Response to “Politics: clarify the rules”