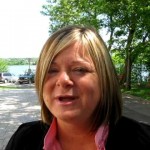 This wasn’t a shameful confession or an ironic eye-rolling nod to ham-fisted political direction, but rather an honest-to-goodness assessment of his recent performance and a value statement about the way things ought to be.

Running government departments like businesses is, of course, woefully misguided. It doesn’t solve problems, it compounds them. Businesses are concerned only with profits, whereas governments have a much broader responsibility to fairly ensure the health, safety and prosperity of the people.

Businesses don’t always have to deal with the negative social, fiscal or environmental impacts of their actions. Governments, however, don’t have the luxury of shirking a particular responsibility by calling it an “externality.”

Businesses don’t always have to deal with the negative social, fiscal or environmental impacts of their actions. Governments, however, don’t have the luxury of shirking a particular responsibility by calling it an “externality.”

While I suspect that the above-quoted deputy minister would begrudgingly acknowledge that distinction, the “government as a business” decision-making model to which he proudly ascribes ignores it.

The context of the deputy minister’s comments matters here: a meeting that he called to notify us of some job cuts affecting NBU members. These meetings have become all too frequent. Lately, the deputies don’t call us with good news and they certainly don’t call to ask for input on solutions to the issues facing the public service.

Indiscriminate cutting is something that businesses can do – often something that they must do – when their bottom lines demand it. They have no responsibility to anything other than that bottom line. When government department budgets demand relief, and decisions need to be made about increasing revenue, decreasing costs and/or finding efficiencies, their fundamental responsibility to the public can’t be ignored.

In making decisions with respect to road maintenance budgets or whether to keep a soils lab open or how many pharmacists or lab technologists there should be in a hospital, government can’t hide from the social, cultural, economic, health and environmental implications. For government, those implications aren’t externalities.

That’s why cuts in the public service, with which we have a foundational disagreement as we believe that services to the public ought to be bolstered rather than reduced, are made worse when approached and executed “as a business” would. We should harness the enormous capacity of the civil service, from experienced senior-level technocrats and bureaucrats to unionized front-line workers, to provide objective advice and analysis as to the shape, structure and service-delivery models of the public service.

Which is to say: ask us. Ask the hospital lab technologists and their managers how tests could be processed more efficiently. Ask the road crews and the highway supervisors and the engineers and policy analysts how road work could be done more efficiently.

Spending so much to fly in high-priced consultants from Montreal to count potholes on our roads that we can no longer afford to patch those very same potholes isn’t the answer. Awkwardly importing the “six-sigma” model from the manufacturing sector to a public sector for which it wasn’t designed isn’t the answer (the Centennial Building and Executive Council Office are positively teeming with “six-sigma black belts,” presumably ready to karate-chop inefficiencies should they be confronted by one in the alley on the way back from lunch).

Efficiency in public service delivery is good. However, many of the cuts being made in the name of efficiency don’t actually make the service more efficient at all. When you consider the resulting longer wait times for test results, cutting jobs in hospital labs isn’t necessarily more efficient – it’s simply a decision to spend less and get less.

Governments, unlike businesses, have a duty to the public to be forthright about the real impact of their decisions. Some people might insist that it’s necessary to spend less and get less, given the fiscal reality in our province. However, so long as it continues to call the cuts “efficiencies” and continues to insult the intelligence of New Brunswickers with its claim that cutting front line workers won’t affect front line services, government lacks the moral authority to cut that comes from informed public buy-in.

We recognize that the fiscal reality in New Brunswick is grim at the moment and that difficult decisions must occasionally be made. Those decisions should be made with the advice and feedback of New Brunswick’s mature, intelligent, and expert civil service, with public disclosure of the any negative effects on service delivery, and bearing in mind the government’s duty to ensure the health, safety and prosperity of all New Brunswickers – basically the opposite of how a business would do it.

Susie Proulx-Daigle is President of the New Brunswick Union of Public and Private Employees.

Susie Proulx-Daigle is President of the New Brunswick Union of Public and Private Employees.