Amnesty International is a global movement of more than 3 million supporters, members and activists in more than 150 countries and territories who campaign to end grave abuses of human rights.

Since May 29, more than 2,000 people have been injured across Turkey after police used water cannon and tear gas against demonstrators.

END_OF_DOCUMENT_TOKEN_TO_BE_REPLACED

Canada put forth text at the United Nations on Monday which could be used by governments around the world to deny healthcare access to rape survivors and limit sexuality education.  Canada's new position denies the right of a young rape survivor in the Democratic Republic of the Congo to have access to emergency contraception, testing for sexually transmitted infections, and post-exposure prophylaxis for HIV.

END_OF_DOCUMENT_TOKEN_TO_BE_REPLACED 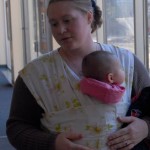 Canada returned army deserter to US to face court martial.

Pregnant prisoner of conscience, Kimberly Rivera, will serve 10 months in prison following sentencing at her court martial. She deserted the US army while deployed in Iraq because she felt morally unable to take part in the conflict.

After pleading guilty to desertion at her court martial on 29 April 2013, Private First Class Kimberly Rivera was sentenced to 14 months imprisonment, reduced to 10 months under the terms of a plea agreement.  She was also given a bad conduct discharge from the army. She is pregnant with her fifth child.

END_OF_DOCUMENT_TOKEN_TO_BE_REPLACED

Being able to make our own decisions about our bodies and our lives is a basic human right. But for millions worldwide, it’s a right violated daily.

END_OF_DOCUMENT_TOKEN_TO_BE_REPLACED 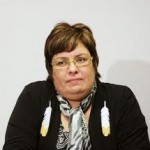 Bill C-45 effects on First Nations erode democracy, the rule of law and integrity of Parliament.

from Amnesty International and others

Indigenous and human rights organizations stand in solidarity with Chief Theresa Spence in her appeal for full respect for Aboriginal and Treaty rights by the government of Canada. There is an urgent need for Canada to demonstrate genuine respect and long-term commitment, initiated by a meeting between First Nations’ leadership, the Prime Minister and the Governor General.

END_OF_DOCUMENT_TOKEN_TO_BE_REPLACED

Amnesty International has hailed the award of a prestigious human rights prize to a Syrian activist who was forced into hiding after defying the authorities' crackdown on dissent.

END_OF_DOCUMENT_TOKEN_TO_BE_REPLACED

Sign the global appeal for a bulletproof Arms Trade Treaty.

Serious human rights abuses have been committed around the world through the irresponsible trade by countries in weapons, ammunition and other arms. We could change that now with an Arms Trade Treaty.

Our message is simple — if there is a substantial risk that arms exported to another country will contribute to serious human rights abuses, those arms supplies must be stopped. No more arms for atrocities or abuses!

END_OF_DOCUMENT_TOKEN_TO_BE_REPLACED

Three young women are being detained by Russian authorities for allegedly performing a protest song in a cathedral as part of a feminist punk group, "Pussy Riot".

Nadezhda Tolokonnikova, Maria Alekhina and Ekaterina Samutsevich were arrested in March 2012 and charged with "hooliganism". Russian prosecutors are seeking three years prison for the musicians.

The three women deny any involvement in the protest although even if they took part, the severity of the response of the Russian authorities would not be a justifiable response to the peaceful — if, to many, offensive — expression of their political beliefs.

Tell the Russian authorities to drop all charges and release them! Sign Amnesty's petition at URL below.

Sign the global appeal for a bulletproof Arms Trade Treaty Serious human rights abuses have been committed around the world through the irresponsible trade by countries in weapons, ammunition and other arms. We could change that now with an Arms Trade Treaty.