Stephen Kimber is the Rogers Communications Chair in Journalism at the University of King's College in Halifax. He is an award-winning writer, editor and broadcaster.

His writing has appeared in almost all major Canadian publications including Canadian Geographic, Financial Post Magazine, Maclean's, En Route, Chatelaine, Financial Times, the Globe and Mail, the Toronto Star and the National Post. He has written one novel — Reparations — and six non-fiction books. Website: http://www.stephenkimber.com.

Nova Scotia was greatly enriched by champion of African-Canadian community.

The last time I talked face to face with Rocky Jones was in November 2011, a few nights before he was scheduled to deliver a public lecture on “The Struggle for Human Rights in African Nova Scotian Communities, 1961-2011.”  It could have been a too-wordy title for his autobiography.

END_OF_DOCUMENT_TOKEN_TO_BE_REPLACED

The historic news arrived in a press release from the Executive Council Office at 1:58 pm on Tuesday, July 23, landing in my email inbox without trumpets or the Glory-to-our-Glorious-Leader hosannas I would have expected on such a momentous occasion.

I was so overcome I couldn’t continue.

END_OF_DOCUMENT_TOKEN_TO_BE_REPLACED

I know who Chris Brown is, of course, in a can’t-avoid-it-if-I-tried, popular culture way. I know he and his girlfriend Rihanna skipped scheduled Grammy appearances in 2009 on the heels of an incident in which Brown “hit, bit and choked” her. I saw, without seeking out, the online photo of her battered face.

I know Brown was charged with domestic violence and felony battery, convicted and sentenced to five years probation, more than 1,400 hours in “labor-oriented service” and domestic abuse counseling.

END_OF_DOCUMENT_TOKEN_TO_BE_REPLACED

RCMP Complaints Commission exonerates cops; passport office has some explaining to do.

It’s been an unsatisfying week for the be-seen aspect of that justice-being-done-and-being-seen-to-be-done shibboleth. The more we learn, the more clear it is we still don’t know all we need to know about two high-profile court cases to satisfy ourselves justice has been served.

END_OF_DOCUMENT_TOKEN_TO_BE_REPLACED

Province intervenes, appoints arbitrator to choose one offer or the other.

Now that the government has legislatively punted the possibility of a paramedics strike into the hands of a pick-one arbitrator — who will have to choose one of the dueling union and management last-best offers for wages and working conditions over the next three to five years — it’s time to ask ourselves a question.

What’s wrong with this picture?
END_OF_DOCUMENT_TOKEN_TO_BE_REPLACED 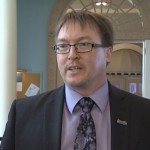 The careening train wreck Trevor Zinck’s political career and personal life has become has finally flown off the tracks, plunged over the cliff and disappeared into an abyss.

END_OF_DOCUMENT_TOKEN_TO_BE_REPLACED 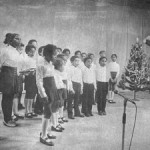 Last week, lawyers for Darryl Dexter's NDP government were in court arguing, in a bureaucratic, tone-deaf, legally proper but morally questionable way, to exclude parts of the complainants’ affidavits in the Coloured Children Home case, on technical criteria.

END_OF_DOCUMENT_TOKEN_TO_BE_REPLACED

Halifax mayor stars in spoof video in bid to win his town a makeover.

The good news — for all concerned — is that Mike Savage is not Brad Pitt.  The better news is that he isn’t Bruce Banman either.

END_OF_DOCUMENT_TOKEN_TO_BE_REPLACED

A 14-year-old Preston boy — a child by any definition — has been charged with possessing, making and distributing child pornography, crimes punishable by up to 10 years in prison.

END_OF_DOCUMENT_TOKEN_TO_BE_REPLACED

Congratulations! I never imagined in my wildest imaginings even you could be quite this Machiavellian.  Appointing Mike Duffy, the long-time pretend senator from CTV, an actual Senator from Prince Edward Island? Genius.

Pamela Wallin, the queen of political TV, Senator for Air Canada? You had to know. You did, didn’t you?