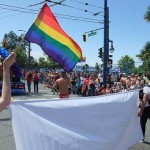 Raise the rainbow flag on International Day Against Homophobia.

The theme of this year’s International Day Against Homophobia is Fighting the Homophobia Web Virus.  Cyber bullying has become all too common, even though it's been linked with teen suicide. Of course, online harassment is just one form of the bullying that many gay teens endure.

END_OF_DOCUMENT_TOKEN_TO_BE_REPLACED

As the province and the nation count down to elections in a year or two, women’s organizations are encouraging and helping women prepare to seek public office. One such project that I've participated in is Setting the Stage for Girls and Young Women to Succeed, an initiative of the well-respected organization Support to Single Parents.

END_OF_DOCUMENT_TOKEN_TO_BE_REPLACED

Last week, Dove Real Beauty Sketches, a short video investigating the women’s perceptions of beauty, was in heavy circulation on social media, spreading like wildfire amongst women on Facebook and Twitter.

The video features a forensic sketch artist drawing portraits of a series of women based on verbal descriptions. The twist? For every portrait-subject he produces two sketches: one based on how the woman describes herself and one based on a description from someone who just met her.

The clip shows the artist working away and we hear voice-overs of the portrait subjects being described by themselves and by near-strangers. Self-descriptions focus on perceived flaws; descriptions from strangers are generous, emphasizing prominent cheekbones and eyes that light up.

END_OF_DOCUMENT_TOKEN_TO_BE_REPLACED

It is not often that I agree with something that Prime Minister Stephen Harper has said. Last week the Prime Minister cautioned people about referring to what happened to Rehtaeh Parsons as bullying. He said: “I think that we’ve got to stop just using the term bullying to describe some of these things…What we are dealing with in some of these circumstances is simply criminal activity.”

I would go a step further and characterize this incident as yet another classic example of preventable gender-based violence – in this case, male violence against women. Lately, there have been so many examples in New Brunswick and across Canada that it is hard to keep track of them all.

END_OF_DOCUMENT_TOKEN_TO_BE_REPLACED

Margaret Thatcher and others remind us how few women reach the top.

The topic of women in positions of influence — meaning positions of power and leadership — is having a much-needed moment in the spotlight.

END_OF_DOCUMENT_TOKEN_TO_BE_REPLACED

Constant sexist putdowns and one-upping can make a person question her own sanity.

Have you ever been told that you are “irrational,” “over-reacting,” “such a drama queen,” “have an overactive imagination,” or “can simply not take a joke” in response to your expressing your opinion or feelings to someone about a situation? If you have, then you are not alone. Chances are that you have experienced the phenomenon known as gaslighting.

END_OF_DOCUMENT_TOKEN_TO_BE_REPLACED 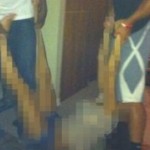 Steubenville rape trial forces us all to re-examine the meaning of consent.

Last week, many of us turned our attention to Steubenville, Ohio, as we awaited a verdict in a horrific rape case involving a 16-year-old female victim and two male perpetrators, ages 16 and 17.

The young woman was incapacitated by alcohol consumption after a night of parties. She was assaulted multiple times in multiple ways, and her perpetrators shared video and photo documentation of the assault via social media. The perpetrators remained unaccountable for a period of time, largely protected by their status as athletes in a small football town. Ultimately, two young men were found delinquent (American court’s version of "guilty" for juvenile offenders) and will face time in a detention facility.

END_OF_DOCUMENT_TOKEN_TO_BE_REPLACED

As Premier David Alward’s government approaches Budget Day, New Brunswick women are watching to see whether Alward will redeem itself for its shocking decision two years ago to cut all of the public funding allocated to the New Brunswick Advisory Council on the Status of Women.

As a New Brunswick woman, hearing that decision made me feel like I was in The Twilight Zone, like the American 1960s TV-series, where nothing is as it seems and where unusual and scary things happen to ordinary people.

END_OF_DOCUMENT_TOKEN_TO_BE_REPLACED

On Friday, March 15, the United Nations’ 57th Commission on the Status of Women (UN CSW) will come to an end.  Then we find out that either the member states have managed to craft agreed conclusions and resolutions on this CSW’s focus — the elimination and prevention of all forms of violence against women and girls — or that for the second year in a row they have failed to reach meaningful consensus.

The CSW is an annual international gathering that takes place in New York City. Attended by representatives of governments from around the world, as well as thousands of delegates from non-governmental organizations, it is the primary international body that is focused entirely on women’s equality.

Some women who attend CSW gatherings and speak of their experiences will return home after the UN CSW and face violence in direct response to their participation in this event, to their advocacy efforts.

The CSW is rooted in a human rights-based framework and serves as a crucial mechanism to evaluate what progress has been achieved in the advancement of women and girls and to set concrete international gender-based policies and standards where inequality persists.

Each CSW has a theme and, ideally, member states reach agreed conclusions on the theme, with those conclusions including resolutions and recommendations to be implemented by stakeholders (both governmental and civil).

This gathering is important, both concretely and symbolically. The CSW is as old as the UN itself, and while its continued existence is a testament to the persistent inequality that women and girls live with globally, it is also a reflection to the international community’s ongoing commitment to addressing that inequality.

It also serves as an opportunity for many women and girls who have suffered most viciously under this inequality to bear witness to their pain, to the ongoing violation of their human rights, in front of the international powers that be and to demand better.

Stories that have pervaded media around the world this year are being told and retold at CSW: that of Malala Yousafzai, the young Pakistani girl who was shot in the head and neck because of her advocacy work on women’s rights; that of the Delhi gang rape case; and multiple accounts of female partners of male sports heroes being murdered.

The telling of these stories comes with a price. Some women who attend CSW gatherings and speak of their experiences will return home after the UN CSW and face violence in direct response to their participation in this event, to their advocacy efforts. There will be women who attend and speak who will not live to see the next UN CSW.

This truth is horrifying and infuriating — but it must not bring us to a standstill.

I had the privilege of attending the first week of the UN CSW with my executive director as a member of YWCA Canada’s delegation, thanks to support from YWCA Canada and our local United Way.

While I listened to stories about incredible levels of violence and I learned about ongoing impunity for human rights violators, I left with a renewed belief that violence against women and girls can be reduced, prevented, and ultimately eliminated.

I saw presentations about life-saving community campaigns that had been expanded in scope. This helped me better understand how the violence-prevention work we do in New Brunswick can have a much bigger effect that we might ever imagine.

I have a new understanding of how the gender-based justice work we engage in here in Moncton, in New Brunswick, and in Canada truly does support women all over the world because our own insistence on women’s full and equal participation in society, even when it is specific to the Canadian context, serves as a statement of solidarity.

In short, I am more committed and equipped than ever to work to help end violence against women and girls. This isn’t in spite of the "horrifying and infuriating" truths that emerge around the UN CSW, but because of them.

Soon we will see whether the member states of the UN have been compelled to take coordinated action on violence against women and girls, or if they remain at the same stand still that prevented them from adopting agreed conclusions at last year’s 56th UN CSW. 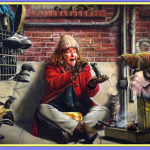 Last week, YWCA Canada launched Homes for Women, a long-term campaign to prevent, reduce, and ultimately eliminate women’s homelessness in Canada. Homeless women? Ask the next person you see what they picture when they think of a homeless person, and chances are they will tell you it’s a man in tattered clothes, panhandling on a sidewalk.

In fact, women are the fastest growing homeless population in Canada.  YWCA Canada has been addressing the issue of women’s housing for years, and released a snapshot last year which noted that there are an estimated 150,000 — 300,000 Canadians who are homeless.