from the Food and Agriculture Organization

ROME, October 16, 2012 — Agricultural cooperatives, already enriching millions of small-scale farmers, could expand and make an even greater contribution against poverty and hunger, if they were given the right support by governments, civil society and academia.

That is the key message of this year's World Food Day, observed today in 150 countries. The theme this year focuses on "Agricultural cooperatives — key to feeding the world" and coincides with the International Year of Cooperatives. World Food Day also commemorates the date when FAO was founded in 1945.

Gar Alperovitz says the Great Transformation to co-operatives can save the US economy too. 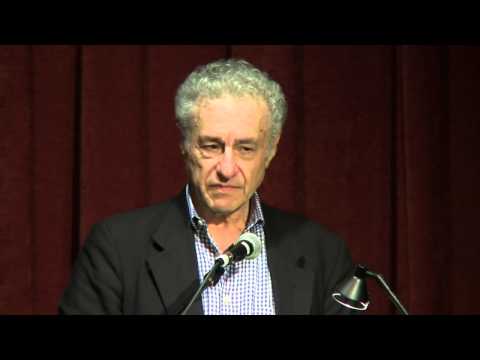 The fight against hunger was given new impetus last week with the release of figures showing that, despite there being 132 million fewer hungry people in the world compared to 20 years ago, there are still nearly 870 million people who go without enough food every day.

There are still nearly 870 million people who go without enough food every day.

Pope Benedict XVI said in a message for World Food Day that given the human dimension, agricultural cooperatives are able to favour economic development that meet the most pressing local needs.

"Agricultural cooperatives have an alternative vision to those economic models that seem to have as their only goals, profit, the interests of the markets, the use of food crops for non-food purposes and the introduction of new food production technologies without the necessary precautions," the Pope said.

"The presence of cooperatives can put an end to the trend of speculation in essential food commodities intended for human consumption, and reduce the large-scale acquisition of arable lands that in many regions forces farmers off their land because by themselves they are too weak to defend their rights," he said.

The Pope's message was read by Archbishop Luigi Travaglino at a ceremony at FAO headquarters attended by dignitaries, heads of Rome-based UN agencies and special guests.

FAO Director-General José Graziano da Silva emphasized the need to work for the total eradication of hunger, adding that many countries, in South America, Africa and Asia, are proving that it is possible.

The FAO chief threw his weight behind cooperatives as a major way to lift small-scale farmers out of poverty and hunger.

Graziano da Silva threw his weight behind cooperatives as a major way to lift small-scale farmers out of poverty and hunger. Although they produce most of the food in many countries, he said small-scale farmers had poor access to markets to sell their products, lack of bargaining power to buy inputs at better prices and a lack of access to financial services.

"Agricultural cooperatives can help smallholders overcome these constraints," he said. "Cooperatives play a crucial role in generating employment, reducing poverty, and improving food security, and contributing to the gross domestic product in many countries."

The FAO chief urged governments to do their part and "create conditions that allow producer organizations and cooperatives to thrive".

About Food and Agriculture Organization