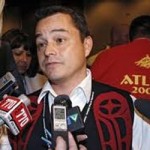 from the Assembly of First Nations

"Moving beyond the Indian Act is about ending unilateral approaches by government and supporting and empowering First Nation governments to drive solutions in ways that respect and implement their rights, responsibilities and decision-making.  This work must be done on First Nations’ terms.

This work must be done on First Nations’ terms.

"This proposed legislation contains a number of piecemeal amendments to the current Indian Act. Tinkering with the existing Act continues the ways of the past whereas First Nations want to move forward based on their rights and responsibilities.

"The way forward is about First Nations driving solutions and implementing approaches that work for our peoples and communities.  The reason why First Nations insisted on the Crown-First Nations Gathering earlier this year was to confirm our rights and our Treaties at the center of any new initiatives as a direct contrast to existing unilateral legislative and policy attempts.

"The Treaty relationship of mutual respect and partnership is essential and fundamental to drive new approaches that respect and implement our rights to our economies and to decision-making affecting our lives. We will continue to press this point with Government – that change is urgent and must be based on First Nation rights and Treaties.”

The Assembly of First Nation is the national organization representing First Nation citizens in Canada. Follow us on Twitter @AFN_Updates and @AFN_Comms.