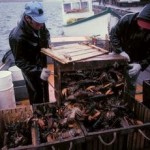 National business journalists and columnists have bought into Prime Minister Stephen Harper’s  view that folks in the Atlantic region are backward and have a defeatist attitude.  Their coverage, usually framed in disrespectful language, promotes untested economic ideas that, if adopted, would seriously damage the economy – and the people – of the region.

Apparently it wasn’t enough for elite business journalists to applaud how Harper has made life far more difficult for many already struggling seasonal workers by cracking down on employment Insurance (EI). Many are advocating the elimination of EI for all 102,000 seasonal workers, people who are employed in the fishery, forestry, agriculture and tourism industries, etc.

“. . . there is no justification, in logic or in economics, for seasonal EI,” wrote Globe and Mail contributor and former Nova Scotia restaurateur Brian Lee Crowley, “and the dogged pursuit of this policy flies in the face of the interests of Canada and people who become trapped in the cycle of working seasonally and then receiving EI benefits while unemployed.”

None of the recent articles mentions that past governments dipped into the EI account to the tune of $57 billion — money which workers and employers paid into what they believed was a bona fide insurance plan. Instead, the money was put into general government revenues to help pay down the debt and support other government programs

In this era of right-wing ideology, business writers target just about anything that doesn’t fit into their view of prevailing economic theories. Editors fail to question absurd ideas. Perhaps they are relying on readers to point out when journalists and pundits are playing loose and fast with the facts. So let's have a look at some egregious news media errors on this subject.

Error! Globe and Mail journalist Sean Silcoff, writing about the Atlantic region and EI, claims to quote the Auditor General as saying: “The federal government needs to do more to collect the $300 million or so it overpays in employment insurance every year, much of it to claimants who misrepresented themselves or committed outright fraud.”  He is wrong on two counts.

Wrong! EI benefits are not a government expense because the $300 million involved is not government money. The EI system is funded by contributions from employers and employees. The government has not contributed to the fund since 1990.

Second, it is inaccurate, and harmful to the people of the Atlantic region, to say that “much” of the overpayment went to cheaters. As Canadian Labour Congress economist Angella MacEwen told me in an e-mail interview, “It is mostly automation induced error, according to the Service Canada backroom staff that I spoke to…They say that increased reliance on automation has led to an increase in errors calculating benefit levels and duration. Because of staff cutbacks, most of these errors are only caught when integrity checks are done against tax information from the business/individual.”

Error! Writing in the The Vancouver Sun, Barbara Yaffe, who used to be the Globe and Mail correspondent in the Maritimes, also got it wrong:

“Last year, according to Human Resources, integrity officers found $128.7 million in fraudulent EI claims. In addition, they identified $330 million in EI overpayments the department is now trying to recoup. That reflects a whole lot of cheating — not a surprise, human nature being what it is.”

Here, Yaffe sides with Human Resources Minister Diane Finley, who must have known that all the talk about so much fraud was greatly exaggerated, and yet continued to push misinformation in the House: “There’s still hundreds of millions of dollars of potential fraud out there,” she said. “The key is to . . . root out the fraud that’s within the system so that EI remains affordable for those who play by the rules.”  Perhaps the Sun needs a labour reporter to present the other side of the story.

Some business journalists are bothered that seasonal workers in the Atlantic provinces pay small amounts into EI but receive considerably more in return when there’s no work.

The Globe and Mail’s John Ibbitson and Darrell Bricker, president of Ipsos Reid Public Affairs, say in their book, The Big Shift, that seasonal workers in Atlantic Canada are economic illiterates because they feel they are entitled to receive more than they pay into the EI fund.

Bricker interviewed EI-recipient focus groups in the region, asking them if it was fair that someone in Oakville worked hard and received only a couple of weeks of vacation while paying into the fund, while Atlantic recipients receive larger amounts.

"Do you think it’s fair that they are asked to pay for somebody down here who collects every year?” asked Bricker. “For a few moments, the members of the group would look down at the floor. But invariably, someone would pipe up with something like: ‘That’s what it means to be a Canadian. Those who can afford to pay, pay, and those who need the benefit collect it. That’s the Canadian way.’ Karl Marx couldn’t have put it any better…The day will soon come when the Oakville worker downs tools when it comes to supporting PEI fishers. Already rebellion is in the air,” wrote Ibbitson and Bricker.

Oddly enough, the co-authors failed to cite or identify any brewing rebellion of workers irate about sharing EI payments with other workers.

Error! Perhaps the greatest error is that none of the recent articles mentions that past governments dipped into the EI account to the tune of $57 billion — money which workers and employers paid into what they believed was a bona fide insurance plan. Instead, the money was put it into general government revenues to help pay down the debt and support other government programs.  As of March 2012 – after much government fiddling – the EI account had a deficit of $7.9 billion.

The business journalism set knows very little about rural and seaside life in Atlantic Canada. Although some may have started their journalism careers working for small town media, or in a rural setting, they seem to have put all that behind them when they reached the big time. None of them offered any suggestions as to how people in these communities might earn their livelihood, now that the fishing industry has collapsed.

Yet the Atlantic region’s 100,000 seasonal workers support the livelihoods of perhaps another 250,000 people and hundreds of large and small businesses -– a value of billions of dollars.

Hundreds of communities and businesses would collapse if the EI program for seasonal workers was cancelled and not replaced with a meaningful program. Considering Harper’s attitude toward the region, it is highly unlikely the government would bring in programs to support rural communities, besides having the menfolk fly out to Alberta for dirty and dangerous jobs in the tarsands.

Already, skilled workers and upwardly mobile households are heading for other parts of the country, jeopardizing family ties. Thousands of others are or would be forced to live in poverty on welfare, which pays much less than EI. As the Atlantic provinces stagger under the burden of supplying decent education and health care, sooner or later the federal government will receive a huge bill for infrastructure repairs and yes, Harper's favourite, more prisons.

Some journalists express a bitterness and enmity concerning this issue that is hard to understand. After describing the EI changes in an article, National Post journalist Jesse Kline added: “This is meant to be a kick in the region’s derriere. But it is only a start.”

An angry New Brunswick NDP MP Yvon Godin told an Ottawa forum that, without subsidies, there would be no lobster for anyone in Ontario. In their book, Ibbitson and Bricker, seemingly not caring about the lives of people, retorted that fundamental laws of supply and demand ensure that, even without subsidies, potatoes and lobster are available in Toronto – and perhaps as far away as Winnipeg.

Maritime academics Karen and Brian Foster believe they know what motivates these journalists to be so mean-spirited:

“The only reason these writers and pundits and politicians have their knickers in a knot is because the refusal to sell one’s labour for minimum wage is an affront to their middle-class Tory sensibilities, and therefore a threat to the middle-class Tory privileges around which this moral order is built.”

Business journalism seldom acknowledges the importance of the human condition. In this era of neo-liberalism and its selfish values, journalism is much harsher than at any time in memory. Business writers glamourize the Canadian mining companies that destroy the environment and the lives of poor people around the world. Business pages carry articles by people who support the development of the tar sands and question whether global warming is caused by human endeavour.

Because of this kind of journalism, the powerful men who run our economy are let off the hook and are never confronted with the consequences of their abuses. Personally, I’m in favour of abolishing so-called business journalism. We should hold all journalists to the same moral and ethical standards.

An award-winning investigative reporter and a founder of the Canadian Association of Journalists (CAJ), Nick was a news editor and producer with the Canadian Broadcasting Corporation for more than 20 years. One of the founders of Canadian Journalists for Free Expression (CJFE), he was involved in helping press freedom organizations in developing countries for several years. Early in his career, Nick was publisher/editor of The 4th Estate newspaper in Halifax, worked with Reuters in London, Canadian Press in Toronto, and was one of the editors of THIS magazine. Nick is also the author of Maritime Radical: The Life and Times of Roscoe Fillmore.

Now based in Toronto, Nick is a freelance journalist and activist.