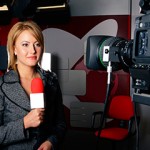 According to Reporters Without Borders’ recent World Press Freedom Index,  the Conservative government has not created the "most transparent government in Canadian history." Canada fell 10 spots to barely hang on to 20th place, due to greater obstruction of journalists in the field and a growing threat to the confidentiality of journalists' sources.

Moreover, the report states this year's rankings indicate "governments' attitudes and intentions towards the press," which is unfortunate for Canada. Worldwide, 2012 saw fewer cases of crackdowns on journalists than in 2011, a year of global political protest and instability.

The index measures journalists' overall freedom of information, especially government information, and takes into account visible problems such as violence against journalists. It also looks at less overt problems such as legislation impeding citizens getting access to government information – something the Supreme Court has designated a derivative right important to free expression and the functioning of democracy.

Journalist David McKie says barriers to information signal that journalists need to keep using the tools available, and to get creative. “It’s hard to get information from this government on the best of days,” McKie says.

Reporters Without Borders lists the introduction of Bill C-30, which threatens personal privacy on the Internet, as a key problem.  To that, the Canadian Journalists for Free Expression say that the Access to Information (ATI) legislation itself creates the biggest barrier to obtaining government information.

"It's archaic," says Bob Carty in reference to the ATI legislation. Carty, a board member of CJFE, is concerned that the pervasive "culture of secrecy" in government creates barriers for journalists and citizens.

"Information is seen as a problem," he adds. "You [as government] don't want citizens and the opposition parties and civil society and NGOs to have information."

CJFE has put out its own Review of Free Expression in Canada for World Press Freedom Day (May 3), specifically on the access barriers journalists face when attempting to get government information.

The 30-year-old ATI legislation created by the Trudeau government was once considered an international standard for open access to government information. But incremental changes over the years have resulted in increased wait times for documents, an increased number of exemptions due to "international affairs or defense" and in some cases, a complete failure to provide any information at all.

Carty points to information on adverse drug reactions, which the US government collects and releases regularly. Reporters and public interest groups had to fight for years to obtain government’s commitment to publish the Canadian equivalent regularly.

"There are many things that should be public as a matter of course," Carty says. "They shouldn't have to be requested."

While this "culture of secrecy," as Carty describes it, has become worse under the Conservatives, the problem has always been there, says David McKie, a CBC journalist who regularly uses ATI requests as a source for stories.

"It's just not in any government's interest to release this information," McKie says. That's why he doesn't hold out much hope for Information Commissioner Suzanne Legault's current review of the Access to Information legislation.

"Certainly you could spend the next year reading all the nicely worded reports about the need to reform the act, but the reality is the political will is just not there on the part of any government," McKie says.

But it's possible the political will may be there in the future, in the face of angry citizen activism against increasingly regulated information. Last July, 2000 scientists showed up on Parliament Hill to protest growing government restraints on their ability to speak publicly.

McKie says barriers to information signal that journalists need to keep using the tools available, and to get creative. "It's hard to get information from this government on the best of days," McKie says. "And so using Access to Information becomes a way to do that as efficiently as one can."

Conservatives are pushing their own point of view as well as trying to control public access to information. Currently, the Conservatives are working on a new Open Portal system, which would regularly promote the public documents that the government wants released. And though the CJFE is advocating that the default position of departments should be to release information, open data doesn't change the basic problem of a broken access system.

"They're using the open portal as a smoke screen," Carty says. The CJFE recommendations emphasize that journalists must have access to documents that detail policy creation and other politically sensitive topics such as spending. "For that kind of information the access system is vital," says CNFE's report. "If ATI is dysfunctional, no amount of 'pushed' data will set things straight."

"If government can only function if it's secret, then it's not democratic," Carty says.  Legault's recommended changes to the Act are slated to be released in the fall.