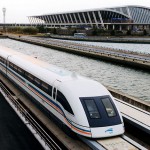 What makes a city great? Among other things, great cities are tolerant communities that welcome and celebrate ethnic diversity. They support and foster local arts, have access to venture capital to spur entrepreneurship and innovation, and benefit from healthy local environments with clean air, clean water and access to nutritious, locally grown food.

New York City is world class, not just because it’s a driver of global finance and a hotbed of cultural innovation; it’s also known for its green spaces, like Central Park and the award-winning High Line.

Most cities in Canada and the US are lacking in infrastructure to move millions of people safely and affordably. With some notable exceptions, such as Vancouver and Calgary, no successful rapid transit infrastructure projects have been built in Canadian cities for decades.

San Francisco is celebrated for its narrow streets, compact lots and historic buildings. These contribute to the city’s old-world charm, but they’re also the building blocks of a more sustainable urban form. They facilitate densification and decrease the cost of energy and transportation for businesses while improving walkability.

When it comes to urban sustainability, cities in the US and Canada are employing innovative programs and policies to improve the health and well-being of residents and their local environments, like reducing waste and improving recycling (Los Angeles), containing urban sprawl (Portland), conserving water (Calgary) and passing policies to combat climate change (Toronto).

But most cities in Canada and the US are lacking in infrastructure to move millions of people safely and affordably. With some notable exceptions, such as Vancouver and Calgary, no successful rapid transit infrastructure projects have been built in Canadian cities for decades.

A recent survey of urban experts and other “city-builders” across Canada – planners, municipal politicians, academics, nongovernmental organizations, developers and architects – concluded the abysmal state of public transit is the Achilles’ heel of urban sustainability and is holding many cities back from achieving greatness.

This failure to address transit infrastructure is serious. The Toronto Board of Trade estimates congestion costs the economy $6 billion a year in lost productivity.

Toronto residents spend more time battling congestion to get to and from work than in any other city in North America. This shouldn’t be a surprise, as successive governments have failed to sustain and expand transit systems, even though the region has grown by about a 100,000 new residents a year. Toronto now scores 15th of 21 on per capita investment in public transit among large global cities – well behind sixth-placed New York City, which spends twice as much.

This failure to address transit infrastructure is serious. The Toronto Board of Trade estimates congestion costs the economy $6 billion a year in lost productivity.

Furthermore, air pollution from traffic congestion is a major threat to public health, especially for our most vulnerable citizens, like children and the elderly. According to the Toronto Board of Health, pollution-related ailments result in 440 premature deaths, 1,700 hospitalizations, 1,200 acute bronchitis episodes and about 68,000 asthma-symptom days a year.

Fortunately, politicians are starting to respond. Ontario’s government plans to spend billions to expand its regional transit system in the Greater Toronto and Hamilton Area, under a plan called the Big Move. It’s also looking at new financing tools to ensure funding levels are adequate and continue into the future. But before we spend enormous amounts on improvements, we need to ensure projects contribute to a region-wide rapid transit network using the latest technology and adhering to the highest sustainability standards. They should also move the most people in the most cost-effective way.

That’s why a proposal to use diesel trains for the Air-Rail-Link plan to connect downtown Toronto with its international airport in Mississauga is troubling. Although a rapid transit link with the airport is long overdue, heavy diesel trains emit particulates and other contaminants, including known carcinogens. The proposed rail line would be close to dozens of schools and daycare centres, several long-term care facilities and a chronic respiratory care hospital.

Numerous experts, including Toronto’s Medical Health Officer, have urged the Ontario government to abandon its diesel plan in favour of electric trains that could be better integrated into a region-wide rapid transit network.

Vancouver, San Francisco, Portland, Seattle and New York City have consistently ranked among the most livable cities on the continent, in part because they take the environment into account for planning decisions. They all have world-class public transit systems that move residents in a safe, affordable and sustainable way. It’s time for Toronto and its suburbs to do the same. Effective transit and transportation solutions can spur economic productivity, protect the environment and improve quality of life.