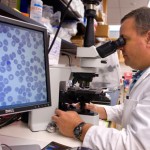 The federal government recently announced a reorganization of the National Research Council to make it more “business-led” and industry-focused. It appears we’re coming full circle to the early 1970s, when Sen. Maurice Lamontagne released  A Science Policy for Canada, a report proposing Canadian science be directed to “mission-oriented” work rather than “curiosity driven” research.

Since then, many politicians have encouraged support for science that serves market interests. I believe we should support science because curiosity and the ability to ask and answer questions are part of what makes our species unique and helps us find our way in the world. Still, basic research aimed at specific outcomes can lead to game-changing applications, from transistors and pesticides to nuclear bombs, penicillin and oral contraceptives. But how do new applications flow from science?

We really have no idea what results an experiment will produce. If we did, there would be no point to the experiment.

Many scientists support a mythical notion of what makes science innovative. To be “relevant”, they write grant applications as if their work will lead to cures for cancer, new energy forms or salt-tolerant plants, depending on the priorities of funders and governments. This creates the illusion that science proceeds from experiment A to B to C to solution. But we really have no idea what results an experiment will produce. If we did, there would be no point to the experiment.

It’s more likely that a scientist will do experiment A leading to F then O, while another in a different area will do experiment Z leading to W then L. Maybe the two will meet at a conference or even a pub and, in talking about their respective work, realize that results O and L could lead to a new invention!

In 1958, during my genetics studies, we were assigned to critique papers by corn geneticist Barbara McClintock. She painstakingly crossed corn plants, harvesting two crops, first in Indiana then in Mexico. She discovered an amazing and mystifying phenomenon: “jumping” genes that moved from one chromosome location to another, suppressing gene activity wherever they landed. It defied everything we had learned. I sweated blood to make sense of her elegant experiments, although we assumed the phenomena she studied were peculiar to corn.

Decades later, scientists discovered jumping genes in other organisms, including fruit flies, and found they were useful for studying their development. McClintock was belatedly lionized for her discoveries and ultimately awarded a Nobel Prize in 1983. If her research proposals had been assessed for relevance or potential applications, she wouldn’t have received funding for her early, trailblazing work.

As a graduate student, I also studied the experiments of microbial geneticists Werner Arber and Daniel Nathans, and biochemist Hamilton Smith, who were investigating an esoteric phenomenon: bacteria that resisted infection by viruses called bacteriophages (meaning “eaters of bacteria”). Like McClintock’s work, their experiments were elegant, especially when you consider they were working with microorganisms you can’t see the way you can observe a corn plant or fruit fly.

When the original experiments were carried out, no one could have anticipated that these enzymes would turn out to be critical tools for genetic engineering. It was just good science. And the scientists were awarded a Nobel Prize for their work.

It was astonishing. The bacteria produced enzymes that cut DNA into pieces. They were called “restriction enzymes” and acted by recognizing specific sequences within the DNA and cutting at that point. Various bacterial species evolved distinct restriction enzymes, cutting DNA at different sequences. When the original experiments were carried out, no one could have anticipated that these enzymes would turn out to be critical tools for genetic engineering. It was just good science. And, like McClintock, the scientists were awarded a Nobel Prize for their work.

Canada’s contribution to science is minuscule compared to countries like the US, Britain, Germany and even China. But if our top scientists are as good as any, they become our eyes and ears to cutting-edge science around the world, are invited to speak at top universities and institutes and attend meetings where the latest ideas and discoveries are shared.

If we’re serious about creating partnerships between science and business, we have to support the best scientists so they are competitive with any around the world. We also have to recognize that innovation and discoveries don’t always come from market-driven research. We should recognize truly internationally groundbreaking work to inspire young people who will grow up knowing they can be as good as scientists anywhere. This takes commitment from governments, more generous grants and long-term support.