Laissez-faire attitude started with management and trickled down: union.

OTTAWA, June 10, 2013 (Straight Goods News) — An independent review of last year's XL Foods beef recall blames lax safety procedures, and a lack of preparedness for a large-scale recall as contributing to the outbreak. 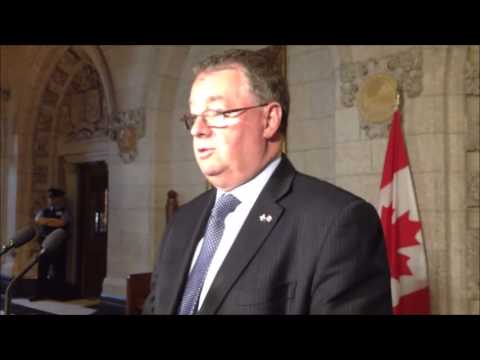 Bob Kingston, president of the Agriculture Union, which represents food inspectors, called the review accurate but told Straight Goods News it didn't delve deeply enough into exactly why the e-coli outbreak occurred. While agreeing that a laissez-faire attitute contributed to the scenario, he said it began with management and "trickled down."

He said that under the structure of CFIA, inspectors were "somewhat stifled when they tried to take action." He described the XL Foods plant as chronically understaffed for years and said the best course of action would be to conduct a comprehensive resource audit to adequately assess where additional staff is needed — not just at XL foods but at all plants.

Kingston is positive about the added resources put toward oversight authority. "Most of the members on the front line welcome this and are looking forward to it." He hopes that the changes will be successful and feels the only way to achieve these goals is to allocate the necessary resources. "Somebody has to do be there to enforce them." The best people to join this investigation team are experienced and knowledgable inspectors, Kingston says, and they need "latitude to use their skills."

NDP Agriculture critic Malcolm Allen is pleased with the new funding but says it is needed to to make up for the $54 million the Conservatives have cut from food safety.

"They underfunded the budget for CFIA and they have had to add money. I would argue that they need to put back the entire $54 million they took out in the last budget cycle," said Allen.