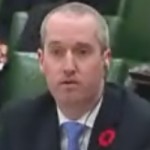 C-377 has PMO support in effort to drive down wages and bulldoze unions.

The Harper government is planning a sneak attack on unions that could drive down wages for all Canadians and undermine the Canadian middle class — yet the news has gone mostly unreported in mainstream media, with rare exceptions like Global News.

Bill C-377 is a private member's bill introduced by Conservative MP Russ Hiebert (South SurreyWhite RockCloverdale) that claims it will make unions more accountable, even though most unions already provide financial reports to their members frequently.

The actual impact of the bill will be to hobble many smaller unions severely (such as in the building trades — an obvious target). The bill's requirements would drive up all unions' operating costs and dues, and kill many of them in the process. If this bill goes ahead, the true victims will be Canadian workers across the board, whether unionized or not, because unionized competition forces all employers to offer competitive wages and working conditions.

Additionally, unions are always at the forefront of efforts for occupational health and safety. Killing unions or weakening them by draining them of the resources to fight for safe working conditions will mean jobs will become increasingly unsafe.

Although C-377 is supposedly sponsored by a private member, it obviously has Stephen Harper' blessings. Last week in Parliament, the Standing Committee on Finance heard from the bill's supporters, including Terrance Oakey . As the President of Merit Canada, Canada's leading non-union construction association, Oakey has a lot to gain if this bill goes through — his competitors will have to work with their hands tied behind their backs. Indeed, of seven witnesses the committee heard from, four are related: Merit Canada, plus Canadian Labourwatch Association, Quebec Employers' Council, and the Montreal Economic Institute, with members on one another's boards of directors.

Terrance Oakey is one of Canada’s most vocal and effective union busters and bashers.

Oakey is one of Canada's most vocal and effective union busters and bashers. So it's no wonder that he has such ready access to decision-makers around Harper. In the Spring 2012 issue of Merit Canada's magazine, he brags that Merit "played a public and private role in ensuring that unions provide greater financial transparency." Reports from lobbying records released last week showed he met with 14 Conservative MPs and senior staff members last month.

The Hiebert bill can be expected to connect with, or ultimately include direct attacks on the Rand Formula, which gives workers in union shops automatic union membership. Harper, a former president of the National Citizens Coalition (NCC), where he worked with Terrance Oakey, is sure to like that, because the NCC was formed to fight Rand. It lost that fight but went on to drive Canadian politics to the right.

If Conservatives succeed in killing or weakening unions, the real victims will be the Canadian middle class.  Union jobs form the foundation of the middle class, even though many members of that class do not belong to unions.

"When union membership thrives, so does the middle class," Antonia Zerbisias reported in the Toronto Star on August 31. She was commenting on studies by Harvard University's non-partisan Center for American Progress (CAP), the union-backed Economic Policy Institute (EPI) in Washington, DC, and the Pew Research Center. All have "shown an incontrovertible correlation between the rate of unionization and the percentage of the nation's total wealth held by the middle class."

C-377 will be a nightmare for unions, forcing each oneto fill out two dozen highly detailed financial and information schedules every year.

"In the US," she writes, "The drop in the well-being of the middle class  usually defined as the middle 60 percent of households in terms of income  has been precipitous. In 1968, when 28 percent of workers were unionized, the middle class claimed 53.2 percent on the nation's income, according to the CAP. In 2010, union membership had plummeted to 12 percent, while the middle-class share of income dropped to 46.6 percent."

C-377 will be a nightmare for unions, big or small. It will force them to fill out two dozen highly detailed financial and information schedules every year that detail all their spending in a myriad of different ways together. These public information returns must include the names and addresses of all the people they employ or have contracted with, detail their political activity, list all separate spending over $5,000 including specific pension and medical payments and have all this information, including staff salaries the the most minute details of their operations, made public on the CRA site. If a union doesn't comply, it could be forced to pay a fine of $1,000 a day, or $365,000 a year.

There are technical issues that could stop C-377 yet. It will cost an enormous amount — think of the Gun Registry — to administer a system that will review every union expenditure in excess of $5,000, for instance. There are 25,000 union organizations, and internal divisions of union organizations in Canada that will have to file incredibly detailed reports under this Bill. All those reports will have to be processed.

C-377 would allow employers and anti-union groups to get extremely detailed information about everything a union spends money on, which could threaten collective bargaining rights.

C-377 is a dream for people like Terrance Oakey because it would allow employers and anti-union groups to get extremely detailed information about everything a union spends money on, and the strength of the unions they are bargaining with. This information — which will be provided to these groups at taxpayers' and union expense — can be used to threaten collective bargaining rights and organizing drives.

Private member's bills are not supposed to cost significant money, so that restriction could kill this particular bill. But a vicious idea never dies with the Harper gang. Also, although the bill also may violate a number of provincial laws and jurisdictions, the courts could take years thrashing out such questions. In the meantime, the damage would long be done.

The only thing that can stop this bill is public outrage over this sneak attack on everyone's wages and working conditions and on the unions of those fortunate enough to have union jobs. At the very least, this bill will drive up union dues, because members, ultimately, will pay for unnecessary bureaucracy. Without an outcry, Conservatives are likely to see C-377 as another step on the road toward their dream of killing the Rand Formula — and, along with it, the middle-class aspirations of millions.