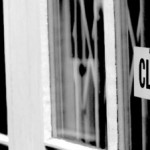 Legislated employment standards are a cornerstone of a strong, healthy society, as well as a robust, thriving economy. They ensure that everyone who works earns a minimum wage for their labour, and that nobody is subjected to inhumane working conditions or unduly harsh treatment at the hands of their employer.

Employment standards require that workers in Canada have the right to rest periods during and between shifts, to maximum work hours each day and week, to extra pay for working on public holidays, and to a couple of weeks of paid vacation every year. In short, employment standards are there to shield workers — especially non-union workers — against the natural tendency of the labour market to gravitate towards overwork and underpay.

[pullquoteIn 2009-2010, for example, Ontario employers withheld over $62 million from their employees, many of them vulnerable workers, who were subsequently only able to recover a mere $14.8 million.[/pullquote]These minimum standards are particularly critical for communities of vulnerable workers, including women, members of First Nations, new immigrants, racialized people, youth, members of the LGBT community, and persons with disabilities. Disproportionately working in part-time, low-paid, temporary, and other types of precarious employment, members of these communities often rely on employment standards as their only means of protection against degrading and dehumanizing working conditions.

In recent years, however, employment standards have been failing vulnerable workers. Across Canada, employment standards are being violated by a minority of unscrupulous employers that have been increasingly taking advantage of governments' laissez-faire approach to labour market regulation. In the absence of government-enforcement mechanisms, vulnerable workers are being denied overtime, statutory holiday pay, vacation pay, and other forms of compensation to the tune of hundreds of millions of dollars per year. The result is a set of employment standards regimes that are "open for business" but closed for workers.

The consequences have been dire. In 2009-2010, for example, Ontario employers withheld over $62 million from their employees, many of them vulnerable workers, who were subsequently only able to recover a mere $14.8 million through Ontario's employment standards enforcement mechanisms. And this is only the tip of the iceberg. These figures only represent violations actually discovered by employment standards officers (ESOs) in Ontario, but do not include the multitude of violations that go unreported every day. In Quebec, an estimated $13 million was withheld from employees for overtime worked in October 2004 alone. In the majority of cases, these employees are the least able to afford such dramatic reductions in their pay.

The lack of employment standards enforcement doesn't just affect individuals; it is equally harmful for Canadian society as a whole. Firstly, lack of enforcement means that the minority of employers who repeatedly violate employment standards gain an unfair competitive advantage over the majority of employers who comply, which ultimately pressures compliant employers to reduce compensation and cut hours to stay in business. Secondly, lack of enforcement means that vulnerable workers must increasingly rely on social programs to make up for their unpaid wages, placing an unnecessary additional burden on scarce government resources that would be better spent in ways other than subsidizing payrolls. Lastly, low levels of enforcement increase income inequality and all of the social ills that go with it.

Governments' recent emphasis on self-enforcement is not entirely a bad idea. But self-enforcement must be genuine; it must be underpinned by a relationship of employee-employer equality that is only achievable in a unionized context. To promote genuine self-enforcement, therefore, governments should remove legislative obstacles to union organizing, and unions should open their doors to non-bargaining unit workers. Given the opportunity, strong unions will help promote respect for employment standards not only for their own members, but also for non-unionized workers.

Download the full version of this article (in .PDF format)