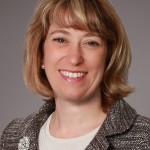 Teachers are furious about Bill 115, not misled by their leaders.

Recent statements by Minister of Education Laurel Broten and PC Leader Tim Hudak follow the hackneyed old saw, “those nice classroom teachers that you all like are being seriously misled by radical union leaders like Sam Hammond (ETFO) and Ken Coran (OSSTF).” Nothing could be further from the truth.

The deep seated anger within the teaching cohorts runs right to the grassroots of both organizations and challenges its leaders not to sell out too easily without serious mitigation of the worst aspects of Bill 115 — the Putting Students First Act — that, in its very title enrages teachers and education workers. When your analysis is wrong (or political) your solutions are bound to be wrong.

ETFO recently gave Sam Hammond a secret ballot strike vote of 92 percent. These are not the results of members who are content and resigned to Bill 115. Votes like this were seldom achieved at the height of the Mike Harris lunacy. Over at OSSTF, collective agreements negotiated in an attempt to meet provincial parameters are being rejected at the local level by members also voting on principle, that accepting contracts like these amounts to a Quisling-like acceptance of Bill 115.

Over at OECTA, a very powerful element, hard to say if they are a majority, is furious with their own leadership for agreeing to the terms of Bill 115 and signing “sweetheart” agreements with the government that undercut the entire profession and weaken the legal case going forward. OECTA suffers from the fact that a huge percent of their grassroots and also their leadership are Liberals which causes a temporary kind of cognitive dissonance. OECTA leaders assure me this is causing a huge shift in the membership towards the NDP and may cause a permanent shift in their political culture. There are also, historically a very large number of Liberals at all levels within ETFO and OSSTF as well but there may not be many after this betrayal.

Why are the teachers and education workers furious? Well, the provisions of Bill 115 could well cost a given teacher $150,000 in lifetime earnings when the elimination of the sick leave payout is combined with the wage freeze and amortized over the rest of a career. To top it off the provisions of the Bill regarding the elimination of the right to strike, without which there is no real collective bargaining and the overkill that legislation cannot be appealed to Human Rights tribunals and so on strikes the teachers as Fascist.

Totalitarian powers are always brought in as “temporary measures for emergencies only” but have this way of hanging around well after their ‘best before’ label.

. What will the government do after two years when teachers and CUPE demand not only full compensation for inflation after 2014 but a catch up clause to compensate for the lost wages 2012 – 2014 plus compensation for the loss of sick days or they will strike them? This is exactly the reason Don Drummond told the government to “negotiate not legislate.” Will we see a repeat with the removal again of collective bargaining rights?

Kathleen Wynne, in her bid to sound ‘centrist’ within the leadership race is already saying "austerity" will be necessary well beyond the balanced budget of 2017. This trial balloon has not gone unnoticed within the ranks of the 22 percent of the vote that constitutes the public sector. Is “austerity” code for wage controls? Austerity is a failed policy in Europe particularly in the UK where it drove the country back into recession. At a time when aggregate demand is low and corporations are sitting on ‘dead money’ they refuse to invest, public spending is the only anti-recession tool available.

The Liberals McGuinty, Broten et al continue with the mantra “the teachers don’t seem to recognize that we have a serious deficit here and it needs to be dealt with.” Wrong, but the teacher take on the situation IS different than the government’s take.

First off, the unions believe the $16 billion dollar figure is inflated because they have been dealing with finance ministers for many decades who cry wolf about deficits in order to accomplish certain reactionary policy goals and to appease wealthy backers.

Secondly the finance minister has already agreed that the deficit is now closer to $12 billion.

Thirdly the deficit is full of longer range obligations such as pension liabilities and so forth that can be dealt with over time. They do not constitute "emergencies".

Fourth, the teachers agreed to no general wage increase in May if the government is looking for a ‘pound of flesh’.

Fifth, the deficit does not need to be zero now or any time in the future. As long as it constitutes a low percent of the GPP, Moody’s, Standard and Poor’s and other bond rating agencies are nowhere near a downgrade.

Sixth, the budget was balanced in 2007. Public spending did not cause the recession or the deficit. The deficit is 100 percent composed of ‘stimulus’ spending to offset the recession plus gigantic grants to help save industries such as the auto industry. Public sector workers deeply resent being sent the bill for spending they did not incur.

Seventh, there is this little matter of revenue. Barack Obama, a corporate liberal on his best day, has demanded and is holding strong to a position that the “wealthy have to pay a little more” to help us with this problem. Where is this language within the Ontario Liberal Party? Not even one leadership candidate has been forthright on where revenue will come from to mitigate the deficit — pathetic. Americans, usually far more conservative than Canadians, support higher taxes on the wealthy by almost two to one.

What does this report recommend? Well we are mature enough to recognize that a "soak the rich" policy is not enough to balance this budget but it must be where we begin. A full array of ‘revenue enhancements’ is required that run the spectrum. First raise taxes on wealthy individuals and corporations. Ontario has lower corporate taxes than all of its natural competitors. Secondly institute a series of ‘green taxes’ on gasoline for example. Thirdly, increase sin taxes on alcohol and tobacco.

The following paper from CPPA demonstrates clearly that fiscal capacity dating back to the Harris years in the form of corporate tax cuts are almost exactly the size of the inflated Ontario deficit. There is no need whatsoever for a ‘scorched earth’ austerity policy.

What is the best course for the federations? In my humble opinion, OSSTF is close to the correct course of action and post December when the one day strikes have run their course, the Minister of Education should be advised that if she imposes contracts, the loss of Extracurricular Activities will be universal and permanent. There will be no further EC activities, elementary or secondary, until Bill 115 is rescinded or runs its full two-year course.

Extracurricular activities are fully voluntary and exist due to the good will of the teaching profession. This good will has been squandered, exhausted and is now gone. Until it is restored, teachers will teach their classes only as they are contracted to do.

It is clean, tidy and a measured response to a totalitarian piece of legislation. It is easily administered and allows teachers to collect their full pay check. The only legal response from the employers would be to lock the teachers out. That will simply not happen since the trustees are not stupid enough to become the problem.